Cryptocurrency scams are a recurring aspect of the market. 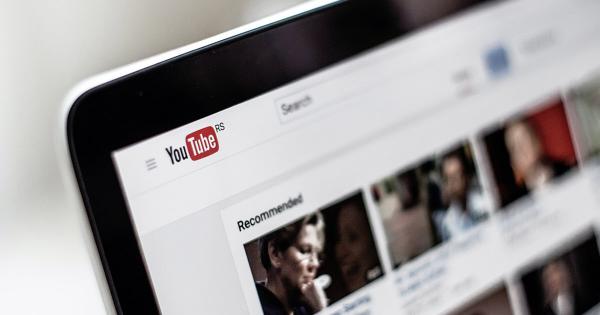 Cryptocurrency scams are a recurring aspect of the market. They go back to 2013, were accelerated in 2017, and have been ever-present since.

Today, Cardano’s Charles Hoskinson called out YouTube over an ongoing ADA scam, which sees scammers post elaborate videos and advertisements for the old “send me 1 ETH and I’ll send 2 ETH back.”

What makes this concerning is that cryptocurrency ads, by themselves, are censored and not allowed on the video-sharing giant—but scams for those are, seemingly, allowed.

Hoskinson said Sunday a scam was floating around YouTube using his last keynote address as a construct:

It has come to my attention that a scam has been floating around using my conference keynote to promote a giveaway https://t.co/x2VV2niY68 this is a scam. Please report it to YouTube. We will take legal action if we can against those responsible.

“We will take legal action if we can against those responsible,” he noted, adding in comments the giveaway was “disgusting and criminal.”

The now-removed video overlaid scammy texts and enticing ADA offers over Hoskinson’s legitimate keynote address. For gullible viewers, this could have been interpreted as an official Cardano giveaway (nothing like that currently exists).

Others said an ADA airdrop scam was doing the rounds as well, meaning there are multiple scam models—or the possibility of another group targeting ADA-centric viewers.

@IOHK_Charles I've been reporting these for weeks. Instead of going away, they seem to be ramping up. Now that pop up on videos I click on and I go out thinking I clicked the wrong video. Youtube bans people for speaking of bitcoin but allows this!

Some noted celebrities, popular technology evangelists, and fund managers were targets of similar videos and advertisements. These have, previously, included Elon Musk and Chamath Palihapitiya.

One commenter said YouTube could have been ignoring the ads and videos for the revenue they generated. This is important, as most legitimate crypto-based videos are immediately removed from the site.

Thread commenters pointed out Binance and Ripple were undergoing similar scams as of last week, with both firms taking legal firm against or taking up the issue with YouTube:

Money that is coming from organised crime, which means it may not just be fraudsters, but could also be from drug dealers or even traffickers, not a good image and they should be shamed.

XRP scams and an explanation

In April 2020, Ripple sued YouTube for not controlling the rampant scams running on its platform. A report quoted Ripple at the time:

“YouTube and other big technology and social media platforms must be held accountable for not implementing sufficient processes for fighting these scams.”

On a relevant Reddit thread, community members tried to explain how the scam was been perpetuated.

As seen in the screenshot below, scammers are careful to remove any mention of the cryptocurrency itself, or any relevant terms:

With the above loophole, YouTube algorithms are tricked until manual intervention. Reddit commenters reported the scams were increasing in occurrence since January this year, with crypto-exchanges Gemini and Coinbase also previous targets.

YouTube users can mail [email protected] in case they encounter any cryptocurrency scam. Besides, the age-old adage applies to prevent any loss of funds to scammers—if it’s too good to be true, it probably is.