The very nature of Bitcoin has caused consternation for regulatory bodies around the world. 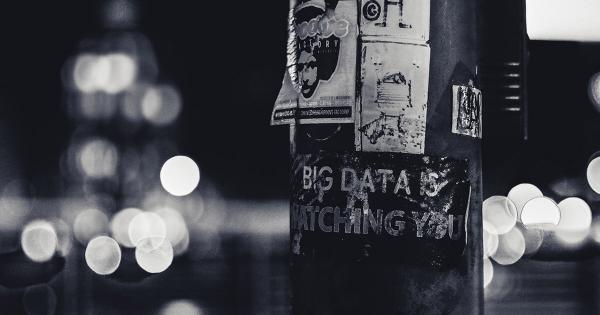 The very nature of Bitcoin has caused consternation for regulatory bodies around the world. Built as peer-to-peer (p2p) payment systems, cryptocurrencies seek to improve trust, security, and privacy by eliminating third parties. In doing so, these systems also remove an easy venue for regulatory oversight.

This has led to a number of problems, including calls to make cryptocurrencies from a number of governments. While at the moment these calls have not garnered much traction, governments are considering ways to provide oversight while still allowing free-market economics to function.

One such solution is the Financial Action Task Force (FATF) made up of representatives from a number of governments around the world. Established originally in 1989, the FATF was originally designed to provide guidelines for safe and effective international financial security.

Recently, the FATF has also taken up with virtual transactions, offering guidelines for how these should be best managed. This has included strong statements regarding the importance of transparency in Know Your Customer (KYC) information between exchanges.

While not immediately impactful for Bitcoin, this new set of guidelines runs afoul of so-called ‘privacy’ coins like Monero or Zcash, as well as others like Dash. These coins offer users complete anonymity or pseudonymity in transactions through the use of blockchain technology—a particularly odious feature for regulators.

This set of guidelines has led to a massive flight away from these privacy coins. For example, OKEx Korea recently announced that it would delist privacy-focused Zcash, as well as Dash, due to increasing regulatory scrutiny from the FATF.

And OKEx wasn’t the first to flee the privacy coin world. Coinbase UK, among others, had already taken the steps to delist Zcash, ostensibly for the same reasons. The general theme of the past three months has been a widespread distrust of the risks associated with privacy coins generally.

As the exodus has continued, these coins have lost substantial value. For example, Zcash (ZEC) has lost 60 percent of its market cap since just July. And other coins are following suit as exchanges move away from such platforms.

However, while this gap is growing increasingly wide, other coins and platforms have moved into the space, hoping to provide a middle ground. The FATF guidelines are not rules or mandates, but simply that—guidelines.

As such, governments are not forced to comply and nor are cryptocurrency exchanges. For that reason, platforms, such as Particl, for example, are coming online that allow exchanges to offer some level of regulatory oversight, but still maintain the desired privacy that cryptocurrency users are pursuing.

Particl is distinct in that it allows for private transactions, but also provides a secondary level of internal governance through user voting. By allowing users to vote against listings that don’t conform to the community guidelines, the system is self-regulating.

This type of solution offers a middle road between the current FATF guidelines and the hard privacy of coins like Zcash and Monero, while still remaining decentralized. Particl accomplishes this by creating a system where all voters on the network are token holders and their voting power is proportional to how many PART they hold.  In this way, users are incentivized to act broadly in accordance with the law or risk loss of token value due to regulatory backlash.

Other platforms are also seeking solutions. For example, Verge coin (which John McAfee has reportedly supported) offers private and public transactions, hoping to maintain FATF compliance. Others, like DeepOnion, are moving in the opposite direction, building on the TOR (short for ‘the onion router’) dark web, and moving away from any oversight whatsoever.

The future is now

While the potential to hide from the government will always be there, it seems clear that coins that seek middle ground with regulators pose the greatest hope for privacy coins. New platforms that offer a certain level of control (even if only through users) but still remain private, allow for a hybrid option that may well represent the future of digital money.

Such systems bring regulators and cryptophiles together. Rather than waging ideology wars against governments, offering customers and regulators inroads toward mutual stability will certainly bring the most clarity to the industry. While there is still much to be done, platforms that provide user service and regulatory clarity are likely to last through the growth phase of this nascent industry.

Particl is a privacy-focused, open source project building blockchain software. Particl is composed of three parts: 1) a privacy coin capable of untraceable and unlinkable transactions, 2) a private, decentralized online marketplace where anyone can buy and sell goods and services with cryptocurrencies without leaving a trace, and 3) a platform on which various applications can be integrated.

DeepOnion is an anonymous and 100% untraceable cryptocurrency sent through the TOR network. Learn More