Bitcoin is again leading the market. 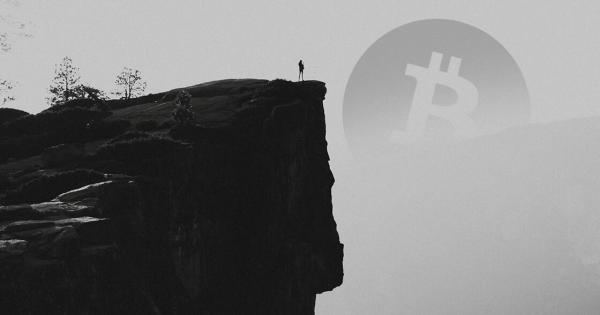 Bitcoin is again leading the market. As BTC’s price started to decline the rest of the market slid, but three coins stood out with major losses. The following technical analysis will evaluate Monero, Tezos, and Basic Attention Token.

Therefore, the support cluster around the area previously mentioned could be strong enough to contain the price action of Bitcoin from a further decline. If it does indeed hold, then the cryptocurrency could rebound back to the 100-twelve hour moving average or the top of the descending parallel channel pictured below.

The TD sequential indicator was able to predict the last two major price movements on Monero’s trend, as seen on the 1-day chart. On July 30, the technical indicator gave a buy signal in the form of a red nine that resulted in a 26 percent upswing, taking XMR from $77.64 to nearly $98.

At its peak, the TD sequential indicator signaled a correction as the Aug. 8 candlestick turned into a green nine. Combined with a hanging man candlestick, the indicators affirmed the ongoing correction that took Monero down 15 percent from its recent high.

Even though the moving averages suggest that Monero could continue declining to around $82, the Adam and Eve double bottom pattern that formed on the 12-hour chart indicates otherwise.

The Adam and Eve double bottom pattern is considered a bullish reversal formation. The formation occurred after the price of XMR dropped on July 17 to $72 to form a V-shaped valley, then rising all the way up to $88 on July 21, and then pulled back again to form the wider and more rounded valley near the price of the first one from July 24 to Aug. 2, completing the pattern.

As the buying pressure increased, XMR broke above the middle peak of the Adam and Eve double bottom pattern, signaling that it was targeting $98. So far, Monero has gone up to $98 reaching the target given by the bullish reversal formation. Now, that it pulled back to the breakout zone between $84 and $87, the bullish trend can be expected to resume.

Due to the opposite views that the 1-day chart and the 12-hour chart present, it is preferable to wait for additional confirmation before entering a trade.

Tezos has had a great summer so far, surging nearly 100 percent over the last month after its team closed a multi-million dollar deal and the coin was listed on Coinbase Pro. As XTZ rose to $1.64 on Aug. 6, it hit an exhaustion point where investors took profits, allowing the coin to further correct.

Based on the Fibonacci retracement indicator, a mathematical method used to identify different price levels that could act as support, Tezos’ 100 percent rise came after it hit the 61.8 percent retracement level. The 61.8 level is considered the ‘golden’ retracement zone by many traders due to the higher probability of a rebound.

As a matter of fact, the moving average convergence divergence (MACD), which is commonly used to follow the path of a trend and calculate its momentum, recently had a bearish cross on the 1-day chart. Over three days ago the 12-month exponential moving average moved below the 26-month exponential moving average, signaling a further decline. The last time such a bearish formation occurred on the 1-day chart was on July 13, causing Tezos to retrace nearly 25 percent from $1.10 to $0.83.

Despite the bearishness seen on both the 3-day chart as well as the 1-day chart, it is worth considering the probability of a rebound that could take this cryptocurrency to higher highs. Due to the high volatility that Tezos experienced over the last month, a move above the 23.6 percent Fibonacci retracement level or the recent high of $1.64 could signal the continuation of the bullish trend.

Following its high of $0.503 on April 21, Basic Attention Token entered a bearish trend that has taken its price down to $0.187, representing a 63 percent plunge. Based on the 1-day chart, BAT appears to be trading inside a descending parallel channel since its downward price action has been contained inside two parallel lines. At the moment, this cryptocurrency is near the bottom of the channel signaling that a potential rebound to the middle or the top of the channel could occur.

In addition, a bullish divergence between the relative strength index (RSI) and the price of BAT can be seen under the same timeframe. Divergences occur when an oscillator such as the RSI disagrees with the actual price movement. Thus, an RSI making a series of higher lows while prices are declining is indicative of an improving trend and the probability for a trend change increase. Based on both the descending parallel channel and the bullish divergence seen under the 1-day chart, Basic Attention Token could be due for a rebound.

It is worth noting that a break below the descending parallel channel could signal a deeper correction than the one seen so far.

Bitcoin continues leading the rest of the market. Although Basic Attention Token is on a bearish trend since April—over the last month BAT, XMR, and XTZ seem to be closely tethered to Bitcoin’s price action.

Now that the pioneer cryptocurrency is pulling back from the recent upswing the other cryptocurrencies appear to be following. At the moment, different technical indicators differ on whether a bullish impulse or a continuation of the retracement will materialize. Thus, sitting on the sidelines and waiting for clear movement currently seems like the safest choice.