Despite the bullish price action the last two weeks, Bitcoin was once again rejected at $12,000 resistance. 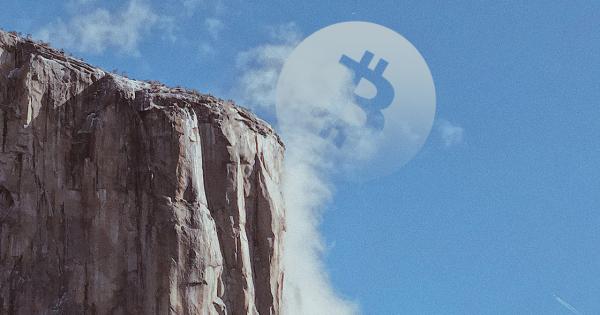 Despite the bullish price action the last two weeks, Bitcoin was once again rejected at $12,000 resistance. A move above this level could take BTC to new yearly highs, but it seems the cryptocurrency may need to correct further to allow capital to flow into the market.

The following technical analysis will evaluate whether Bitcoin will first make new highs or if another correction is needed before a continuation of the bullish trend.

Now, Bitcoin seems to have resumed its upward trend. The TD sequential indicator turned into a green two candlestick. Based on this technical index, BTC may make new yearly highs once (and if) the current green two candlestick trades above the previous green one candle, a buy signal. If this scenario takes place, the TD sequential indicator predicts seven weeks of upward momentum before a sell signal is given in the form of a green nine candlestick.

Bitcoin seems poised to make new yearly highs, but it will first need to break through several notable resistance levels. On the 3-day chart, the areas of support and resistance given by the Fibonacci retracement indicator stipulate that BTC is currently trading between the 23.6 and 16.18 percent  retracement levels.

Based on the 1-day chart, it seems like a retest of the 38.2 percent Fibonacci retracement level could come before a break of the $13,870 resistance level. Under this time frame, a bull flag appears to be forming. This is considered a continuation pattern that develops after strong upward movement—known as the flagpole, and is succeeded by a consolidation period, known as the pennant—that tends to breakout in the direction of the previous trend.

At the moment, Bitcoin seems to be in the consolidation phase of the bull flag pattern. Since BTC appears to have failed to break out of the pattern, another ‘swing low’ (the trough in a trend that is less than 20 trading periods) could be expected. Such a swing low could take the price to the 38.2 or 50 percent Fibonacci retracement levels.

If there is a breakout, the bull pennant predicts a 45 percent target to the upside (determined by measuring the height of the flagpole). If this bullish formation is validated, it could take Bitcoin to around $17,500.

If Bitcoin is instead bound to make a swing low before it tries to break out of the bull flag pattern seen on the 1-day chart, then the moving averages could help identify the different price levels that will act  as support on its way down.

The above scenario resembles forecasts from the descending parallel channel that formed under the same 12-hour timeframe.

Bitcoin entered a consolidation period on June 26 after reaching a high of $13,870. Since then, the cryptocurrency is making lower lows, a contributor to a potential bull flag formation on the 1-day chart. The technical pattern predicts a 45 percent upswing upon breakout, but Bitcoin may instead be bound to make lower lows before buying pressure and volume increases and BTC is able to break out of the current consolidation pattern.

As a result, a move below 100-twelve hour moving average on the 12-hour chart could take BTC to a lower low. Meanwhile, a break above the recent weekly high of $12,320 could be taken as a sign that the bull trend will continue.

It is worth noting that despite Bitcoin’s unpredictable price action, this cryptocurrency entered a bull run that most likely will take it to new yearly highs. In the long-term perspective, the golden cross that developed between the 50 and 200-three-day moving average on the 3-day chart is a clear sign that Bitcoin is in a new bull market.

The last time this technical formation occurred was in January 2016 and was succeeded by 5,420 percent upswing. Although there are no guarantees (and price predictions are often outright wrong) these indicators suggest the bull rally is here to stay.