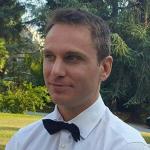 Throughout the following years, Paolo acquired a strong portfolio of different programming languages and developed a genuine passion for distributed systems, high-performance computing, and cloud platforms.

As CTO of Bitfinex, Paolo’s role is to manage the development team, evaluate new technologies, design and develop the Bitfinex backend platform. In addition to this, Paolo also serves as Lead Backend Developer at Bitfinex.

Paolo also serves as the CTO for Tether.