Coinbase announced that it will be listing Tezos on Coinbase Pro. 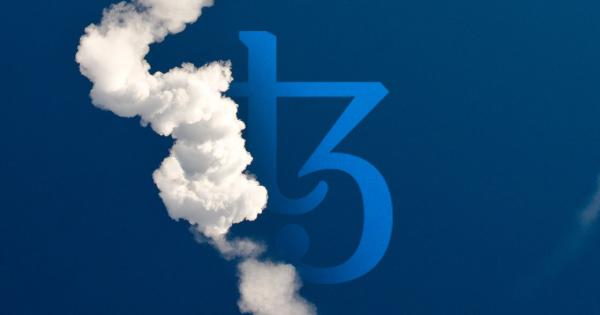 Coinbase announced that it will be listing Tezos on Coinbase Pro. Following the announcement, XTZ jumped 16.4 percent while the altcoin markets overall remained stable.

On July 30, 17:00 UTC Coinbase announced that it is adding Tezos to Coinbase Pro, the exchange’s platform for active traders. An hour after the announcement the price shot up from $1.04 to $1.21, a 16.4 percent increase.

At its peak within the hour, the XTZ token wicked to $1.26, a 21.9 percent increase from the formerly stable trading range between $1.00 and $1.04. Meanwhile, the overall altcoin markets were unchanged, only decreasing 0.15 percent—suggesting that the price increase for XTZ was motivated by the news and not broader market movement.

Trading volume is also up substantially, increasing from a 7-day average of $5.6 million based on aggregate CoinMarketCap data to the 24-hour volume of $10.7 million—up 91.1 percent.

The Tezos platform launched with much fanfare, with its initial coin offering in July 2017 raising $232 million, one of the largest ICOs of all time.

As a result, the launch of the Tezos platform was delayed indefinitely. Token holders were outraged and many sought legal remedies for reimbursement of their funds, with limited success. The network was launched Sep. 17, 2018.

The Tezos Foundation brings in Roman Schnider, the co-creator of PricewaterhouseCooper