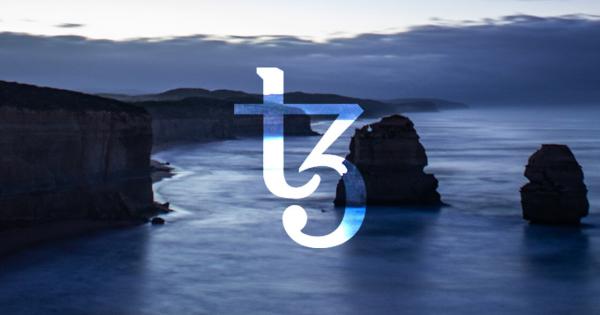 Latin American bank BTG Pactual and asset manager Dalma Capital announced that they will be using the Tezos blockchain to launch security token offerings (STOs). The banks said the deal will be worth well over $1 billion when all existing and prospective token issuances are completed.

Tezos, an ambitious decentralized blockchain project, has landed a deal worth well over a billion dollars with two major investment banks. BTG Pactual, one of the largest investment banks in South America, and Dalma Capital, a Dubai-based asset management firm, announced plans to use the Tezos blockchain to launch security token offerings (STOs).

According to the official press release, the banks hope to use Tezos to tokenize a wide variety of traditional and alternative investments. Existing and prospective token issuances will make the deal worth well over $1 billion.

“We are excited to see BTG Pactual and Dalma Capital making use of the Tezos blockchain,” Tim Draper, the founder and CEO of Draper Associates, said.

Both BTG and Dalma said that they are already working on tokenization projects ranging from core real estate and prominent global sports clubs to equity and debt interests.

Riding the wave of digitization

Global blockchain spending is expected to reach $2.9 billion this year, and more than $300 million in the Middle East. The partnership with Tezos will help BTG and Tezos enhance their digitization efforts by introducing digital asset transactions.

The two banks aren’t new to blockchain, eitherthough. Back in February, BTG Pactual became the first major investment bank to launch an STO. Dalma Capital partnered with the bank as a joint-bookrunner for the Ethereum-based token, called ReitBZ.

“While the bank remains protocol and technology agnostic, and will continue to utilize the Ethereum protocol, we see Tezos as a global player with a robust blockchain for asset tokenization,” Andre Portilho, BTG’s Partner responsible for the STO initiative, said in the release.

Zachary Cefaratti, the CEO of Dalma Capital, said that the technical expertise of the Tezos Foundation team compliments the companies’ investment banking and asset management credentials.

Previously, institutional investors did not stake their cryptocurrency or participate in governance because of the need to use crypto-custodians. 3 min read

The Tezos Foundation brings in Roman Schnider, the co-creator of PricewaterhouseCooper

The Tezos Foundation recently announced that the co-creator of PricewaterhouseCooper (PwC) Switzerland’s Blockchain initiative will be joining the team to strengthen its operations in the country. 3 min read