In 2019, Bitcoin decoupled from the rest of the crypto market, with its dominance rising to 70 percent for the first time since December 2017. 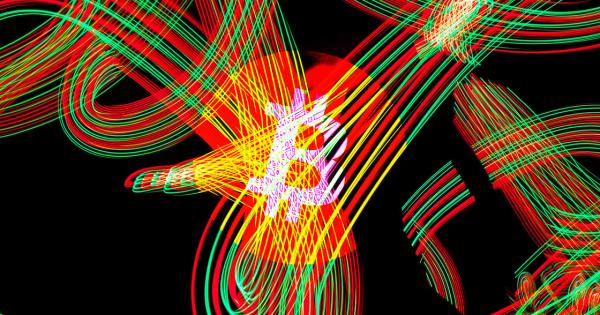 In 2019, Bitcoin decoupled from the rest of the crypto market, with its dominance rising to 70 percent for the first time since December 2017. Will the trend continue, or will the pioneer cryptocurrency reach an exhaustion point that triggers a renewed “altseason?”

Bitcoin’s rise to dominate began in December of 2018. Since then, BTC gained 327 percent from a low to $3,200 to a high of nearly $14,000. Meanwhile, most altcoins are sideways or down relative to Bitcoin.

According to some pundits, Bitcoin dominance will supposedly reach 80 percent while altcoins’ role in the market fades, as stated by Max Keiser, host of RT’s Keiser Report. As a result, the former Wall Street trader believes investors should sell their altcoins for BTC.

Looking at the 1-week Bitcoin dominance chart, it seems Keiser’s advice could be sound. An ascending triangle began forming under the 1-week timeframe at the trough of the correction in 2017 (at the time, BTC’s dominance was at a historic low of 35 percent).

Even more bullish, Bitcoin broke out to the upside of the ascending triangle and could be targeting a 38.7 percent upswing that takes it up to 80 percent market dominance, similar to what Max Keiser forecasted.

That said, the TD sequential indicator is giving a bearish signal in the form of a green nine. This technical index predicts a one-to-four weeks correction. Based on this bearish signal, BTC’s dominance could drop significantly, allowing altcoins to gain as capital flows out Bitcoin. Nonetheless, a green two candlestick trading above a preceding green one candle could invalidate the bearish signal given by the TD sequential indicator, allowing the uptrend to continue.

It’s worth noting that since late 2017, the last four times the TD sequential indicator gave a sell signal (in the form of a green nine) three were correct.

If validated, the rebound could have the potential to take the altcoins’ dominance up to the 50 or 38.2 percent Fibonacci retracement level. However, a break below the golden retracement level is a signal of a trend reversal from bullish to bearish, which could lead to a major drop in altcoins’ market valuation.

Bitcoin developed an Adam and Eve double bottom pattern on its 12-hour chart, which was validated the moment it moved above $10,800. The pattern is considered a bullish reversal formation, occurring after the price of Bitcoin dropped on July 17 to $9,070 (forming the V-shaped valley). Then, the price rose to $11,100 on July 20, then pulled back again to form a wide, more rounded valley near the price of the first one from July 23 to Aug. 2.

As buying pressure increased, BTC broke above the middle peak of the Adam and Eve double bottom pattern signaling that it was targeting $12,500. On Aug. 6, Bitcoin went up to $12,330, which is very close to the target given by the bullish reversal formation. Thus, the Adam and Eve double bottom pattern can be considered complete. Upon its completion, this pattern predicts a pullback to the breakout point, $10,800, which could happen at any moment since the cryptocurrency recently hit a low of $11,100.

In the meantime, the top four altcoins—Ethereum, XRP, Bitcoin Cash, and Litecoin—seem to have entered a consolidation phase since July 15, 2019. On the 12-hour chart of these altcoins, the Bollinger bands appear to be squeezing, which indicates that they are indeed consolidating. Squeezes are followed by periods of high volatility. The longer the squeeze the higher the probability of a strong breakout.

If Bitcoin is bound to retrace to $10,800 support, the altcoins could enjoy a price increase, which will align with what can be seen in the dominance charts. Nonetheless, the top four altcoins appear to be in a “no-trade” zone and a break below support or above the resistance could help determine the reality of the next “altseason.”

For the last month, Ethereum has been trading between $199 and $235. While it remains in this range trading risk is heightened. A move with a spine in volume below $199 or above $235

While ETH remains trading in this range, any trade poses an extreme level of risk. A move with a spike in volume below $199 or above $235 will lift the no-trade zone.

Bitcoin Cash, however, can be seen making higher highs and higher lows since July 15. But, this is only with low trading volume and low volatility. Thus, it will be wiser to wait for a break of the support or resistance level before betting on the direction of the coin.

Finally, Litecoin’s price action over the last month has been characterized by a $20 rise and fall between $83 and $103. An increase in volume could allow LTC to trade outside of this range, allowing to clarify whether it is bound to go up or down.

Even though Bitcoin’s weekly dominance chart is sitting in a bearish posture based on the TD sequential indicator, it is still too early to tell if this bearish signal will have the potential to trigger the next “altseason.” As can be seen in the 12-hour chart of the four altcoins, they have all entered a consolidation phase without any clear signs of which direction they will break out in.

Therefore, under the current market conditions, waiting for confirmation on Bitcoin’s bearish dominance signals combined with indicators from Ethereum, XRP, Bitcoin Cash, and Litecoin is preferable. With the right confluence of factors, another altseason seems possible.

Nevertheless, if ETH, XRP, BCH, and LTC move below support and BTC continues inching up in dominance, then BTC dominance may reach a staggering 80 percent, as Mike Keiser predicted.