Chainlink (LINK) has been on an unstoppable rally over the past few days. 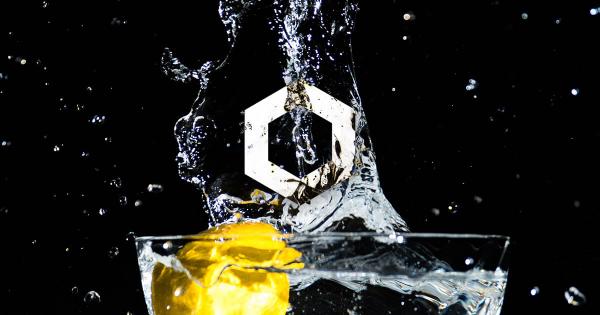 Chainlink (LINK) has been on an unstoppable rally over the past few days. After dropping 22 percent from its July highs, the cryptocurrency has resumed the parabolic uptrend it began after March’s capitulation crash.

CryptoSlate market data indicates that today, on Aug. 8, the price of the Ethereum-based altcoin moved across $14 for the first time ever. At the highs, the coin was up 40 percent in a 24-hour period.

LINK’s explosion higher has made it the sixth-largest cryptocurrency by market capitalization. For context, Bitcoin Satoshi Vision is seventh and Litecoin is eighth.

This extreme strength in the price of LINK has meant that those shorting the coin — or those betting on the coin to drop — have found themselves squeezed out of their positions.

This “short squeeze” culminated on the morning of Aug. 8 when on-chain data indicated that millions of dollars worth of on-chain Chainlink short positions were partially or fully liquidated.

Millions worth of Chainlink shorts liquidated on Ethereum DeFi platforms

When LINK moved past $11 on the morning of Aug. 8, reports began to flood the Crypto Twitter space that on-chain short positions opened through Aave were getting partially or fully liquidated.

The most notable of these short positions was one worth approximately $20 million before Aug. 8. The short position was purportedly entirely liquidated when LINK spiked above $14, with DeFi dashboards indicating the address’ “net worth” is $299.66.

The liquidation of this position seemingly came after the short holder deposited hundreds of thousands of dollars worth of collateral in an attempt to keep the bet afloat.

DeFi analysts have not yet issued a post-mortem of this intense volatility in the price of Chainlink, but it is likely that there were other holders of on-chain LINK shorts that bit the dust during the surge.

Data suggests that millions more worth of short positions were also liquidated on centralized derivatives platforms.

Was it Zeus Capital?

The persistence of the short holders made some think that at least some of the positions liquidated today were opened by Zeus Capital, a cryptocurrency fund that has heavily criticized LINK in the past month.

For those who don’t know the context, Zeus Capital has spent the past month publishing dozens of tweets every day about how Chainlink is like “Theranos or Enron” before they collapsed. The company even released a 30-page report on why LINK will hit $0.07, then proceeded to attempt to pay crypto influencers upwards of five BTC each to bash the asset.

It is currently unclear whether or not the LINK shorts liquidate were held by the fund. Though, the company has not published or liked/retweeted any tweets since LINK broke past $11 earlier on Aug. 8. This may just be because the firm’s management is based in the Eastern Hemisphere, though.