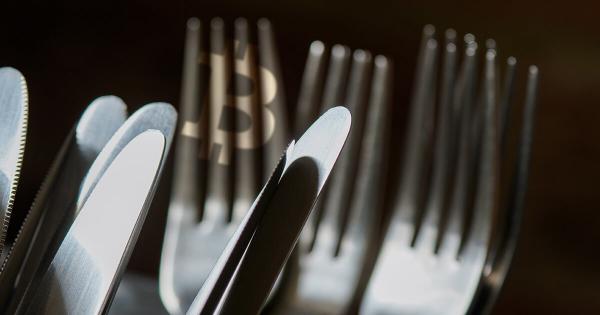 Love them or hate them, some of Bitcoin’s biggest forks still have a market capitalization in the hundreds of millions or even billions. CryptoSlate data depicts this trend well:

Although the proponents of these projects would argue they have merit, a top investor in the space expects the value to flow out of these chains, then into two markets: Bitcoin and decentralized finance.

Bitcoin and DeFi could benefit from the death of forks

According to Jason Choi, an investor at crypto venture and hedge fund The Spartan Group, he currently sees no reason to be invested in most Bitcoin forks over a long-term period:

“I can’t find a defensible thesis for most $BTC forks (LTC, BCH, BSV) over the long term.”

To him, the value in these chains, which he dubbed “glorified digital pet rocks” will slowly be siphoned over time to DeFi and Bitcoin. Choi attributed this to the “emergence of fee-accruing tokens in DeFi,” which promote non-productive assets to be converted into these tokens to acquire yield.

I can’t find a defensible thesis for most $BTC forks (LTC, BCH, BSV) over the long term.

With the emergence of fee-accruing tokens in DeFi, seems natural that capital parked in these glorified digital pet rocks either flow to BTC or to DeFi.

Choi’s comment comes as Ethereum proponents have made similar assertions.

Eric Conner, part of the team at Gnosis and a prominent Ethereum podcaster/commentator, published the following tweet on Jul. 19.

He did not mention what he meant by “ghost L1 chains,” but noted that their cumulative market capitalization adds up to $30 billion, making it almost an order of magnitude larger than all DeFi tokens.

Spencer Noon, the head of DTC Capital, has echoed this comment.

He said that Ethereum and its DeFi protocols/coins will suck in value from all corners of the cryptocurrency industry as yields become attractive:

“Cryptoassets from blockchains that lack expressiveness (ex: Bitcoin) or healthy ecosystems (ex: ghost chains) are being sucked into Ethereum’s #DeFi yield vacuum. Not enough people are talking about how long-term this could threaten the security models of those blockchains…”

It isn’t clear how such inflows from other chains could affect the price of Ethereum and DeFi coins. But considering the size of the market of “ghost” and unproductive coins relative to ETH and its tokens, the move could cause large ripples in the market.

Traditional finance may get involved

Some commentators have gone even further than the aforementioned investors, arguing that money from the traditional financial sector could eventually make its way into DeFi (and maybe Bitcoin too) as the broader crypto space develops.

Max Bronstein, part of the institutional and ventures team at Coinbase, commented that in a world where there is $15 trillion locked in negative-yielding debt, “DeFi will grow exponentially” as long as there remain relatively high yield opportunities.

Su Zhu, CIO of Three Arrows Capital, added that now that banks can hold crypto, they can actually obtain yield in DeFi to bolster their revenues. If and how this plays out, though, is not yet clear. But considering that banks are getting squeezed for revenue as interest rates drop, this may not be out of the realm of possibility.

The rapid rise in popularity yield farming has seen in the past few months have led to many questioning its sustainability.