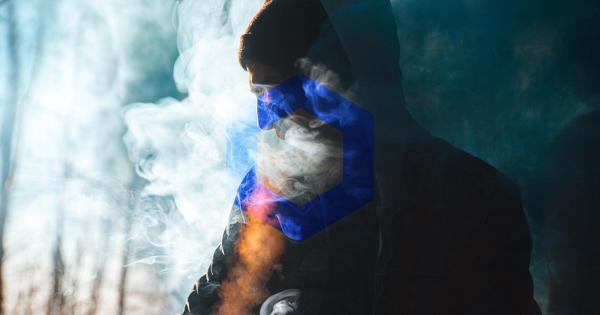 Much of that attention has been positive. Jason Williams, a partner at Morgan Creek Digital Assets, revealed sometime during LINK’s recent uptrend that he ended up buying over $50,000 worth of the altcoin.

Some, though, have cast doubt on the project, though. The most prominent example of this is one Zeus Capital — a purported crypto fund based in Hong Kong and London — that recently released an extensive report suggesting LINK will fall by around 99 percent to $0.07 per coin.

Although LINK has fallen a handful of percent since the report was released, Zeus Capital remains a controversial subject in the crypto community. This comes after the company’s original Twitter account was restricted, then taken down, and after the report on Chainlink was wiped from Docsend.

Despite the aforementioned setbacks, Zeus Capital remains an active advocate against Chainlink. They have republished their report on their own website, writing in an associated tweet that they will “not be silenced.”

The company has also since released multiple tweets, which they promoted via Twitter’s advertising program, to further bash the crypto asset. The tweets have been well received by some; one message indicating that every “technical indicator recommends selling LINK” has over 1,000 likes and nearly 200 retweets.

Even still, Zeus Capital remains a topic of controversy.

Jake Chervinsky, general counsel at Compound, Proof of Talent founder Rob “Crypto Bobby” Paone, and trader “Loomdart” are among the other prominent market commentators to have called out or poked fun at Zeus Capital.

Most are commenting on how far Zeus Capital is going to share their report and findings to the world. For instance, I personally received the report and press release in my email and saw ads for the company and its report on at least five separate days on my Twitter feed.

Whatever the case, the company has been persistent.

In its latest promotions and tweets, Zeus Capital has outlined how it believes LINK’s price is “manipulated” by the “marines” and the team while the oracles, Chainlink’s core technology, have little value.

LINK is dropping, though

Although this does not confirm or deny Zeus Capital’s findings, it is important to note that Chainlink has dropped strongly since the local highs.

According to CryptoSlate data, LINK is down by approximately 19 percent since its high established earlier this month.

The asset’s retracement is part of a wider drop in the value of altcoins against the dollar and against the crypto market leaders Bitcoin and Ethereum. This is in line with the assertions of certain analysts,