While global markets have been hit with panic facing some of the worst challenges since the financial crisis of 2008, the crypto industry has solidified its power through one of the largest crypto mergers to date. 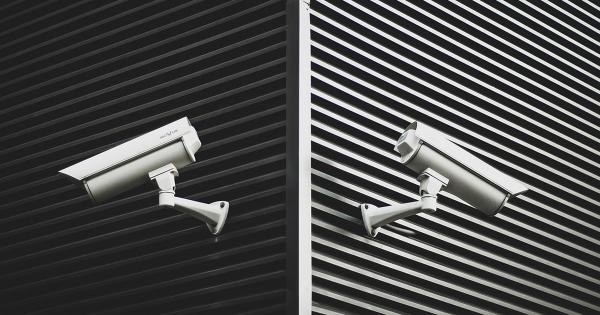 Photo by Miłosz Klinowski on Unsplash

While global markets have been hit with panic facing some of the worst challenges since the financial crisis of 2008, the crypto industry has solidified its power through one of the largest crypto mergers to date.

Binance, one of the world’s largest crypto exchanges acquired CoinMarketCap (CMC), a platform that tracks the capitalization of different cryptocurrencies, in an undisclosed deal rumored to have cost Binance somewhere in the mid-to-low nine figures.

According to Binance’s CEO and founder, Changpeng Zhao, the deal makes sense as Binance and CMC are both “access-to-crypto” providers and they have a mutual vision of making crypto assets available and useful to people all over the world.

During 2017, Bitcoin fever was at its peak with Baby Boomers, Generation Xers, and even Millenials all swapping information on how to buy, sell, and hold every week. While things have calmed down a bit since then, Bitcoin is still the strongest performing asset of the past decade. Looking at an in-depth market analysis, we can see that even amid fears of worldwide government regulations and its possible impact on the trade the global demand continues to skyrocket.

As CMC has been the benchmark for retail investors since its launch in 2013 for its extensive data and other metrics on cryptocurrency prices, volumes, and other significant metrics, the acquisition shocked the crypto community.

Many experts fear bias in trade volume reports as they claim an exchanger such as Binance can not manage a crypto data site without partiality. Due to Binance’s shockingly fast growth during 2018, competitors feel that the acquisition is bad news for the industry given the conflict of interest in both parties’ missions.

When looking at Binance’s exchange token, BNB, as an example, we can see why it might be hard for these two companies to keep their credibility and good reputation when they are both the operator of the exchange and simultaneously the biggest holder of (in this example) BNB.

They each have their own set of responsibilities and areas of expertise in the market that should not be overlooked or underestimated.

The rising risks of crypto market manipulation are indeed leaving many investors and competitors weary as cryptocurrency exchanges have been known to manipulate trading volumes in order to boost their rankings in the past.

Though Binance and CMC will now be working much closer together, senior executives have emphasized that CMC will continue to function as an independent business entity. According to Binance CEO Changpeng Zhao:

“Binance has no bearing on CoinMarketCap rankings. CoinMarketCap stays committed to providing the most accurate, timely and quality cryptocurrency data in the industry while benefiting from Binance’s expertise, resources, and scale.”

There will, however, be some restructuring on the CMC-side. Brandon Chez, the CMC’s founder, has stepped down and is being replaced by his former Chief Strategy Officer Carylyne Chan as the interim CEO.

According to Chan, Binance has done its best to ensure that CMC can keep to its current listing methodology and the firm will not be making any lasting changes in the near future. Where applicable, all their data will remain secure in the cloud and on their other servers. In short, business will continue as usual.

Further, no one should ignore or underestimate the ever-growing cybersecurity risks that come with new technologies as well. For example, any organizations around the globe are bracing for cryptojacking — a type of cyberattack that hijack consumer devices to mine new crypto-coins.

The relatively low uptake of encryption tools among many businesses is a clear sign that even though many companies are taking crypto seriously, they don’t appear to do the same with the cybersecurity tools that should be deployed alongside crypto payment systems.

The commitments by both CEOs are making it clear that CMC will continue to operate independently and responsibly in order to maintain neutrality and to ensure transparent data. But we may see some changes in CMCs future developments and projects in light of Binance’s expertise in other areas such as security and finance.

Chan has publicly highlighted that this acquisition will see CMC evolve:

“We are going to get a lot from Binance in terms of understanding how they’re running a better team in terms of best practices. I think there are some really basic things around security, finance that we will learn from Binance just based on the fact that they have a way larger team than us and have scaled out much more efficiently.”

What the acquisition means for the industry

Even though Binance and CMC have committed to neutrality, we may see some significant industry changes over the next eighteen months as the dust settles. In a recent interview with Nomics founder and CEO Clay Collins, he stated that industry trust will likely be eroded with CMC under the same roof as Binance.

If competitor exchanges believe that Binance has the opportunity to harvest CMC’s data, they will be much less inclined to provide low-latency and high-granularity data. According to Collins:

“That data is now being given to a competitor with surveillance abilities. It’s unlikely that other exchanges will want to see Binance aggregating and monetizing their own data.”

His view was supported by Alexei Andryunin, head of Gotbit. In Andryunin’s view, the acquisition has given Binance access to all their competitors’ data as well as access to CMC’s expertise for traffic generation.

However, he does not believe Binance will make use of or alter any of the data as:

“Binance is incentivized to keep this service transparent so that they don’t lose their investment. I think they’ll try to preserve CMC’s reputation.”

Industry concerns aside, CMC Interim CEO Chan has confirmed that data concerns will remain a key part of their focus. Features to be launched during 2020 will include qualitative data in addition to quantitative data while stronger agreements might be put in place to protect the interests of other exchanges. In a recent interview, Chain said:

“In a sense, it’s in our interest to continue to be neutral and to be transparent and independent. Not much will change for CMC once the acquisition takes place.”

According to Chan, CMC will continue to enhance its advertising-focused business model, but will still offer paid-marketing for other crypto exchanges. In the meantime, this purchase definitely frees up a large new space for other data aggregators, especially in the very reserved institutional area. In the end, the acquisition could turn out to be a win for everyone, including other crypto data companies risen up over the past few years.

Top 10 CoinMarketCap alternatives to try in 2020

Carylyne Chan is the Interim CEO and Chief Strategy Officer of CoinMarketCap, where she defines the vision and initiatives the company pursues. Learn More