Researchers at Glassnode conducted an in-depth research of the on-chain data of Binance, one of the world’s largest crypto exchanges, comparing its growth with other trading platforms. 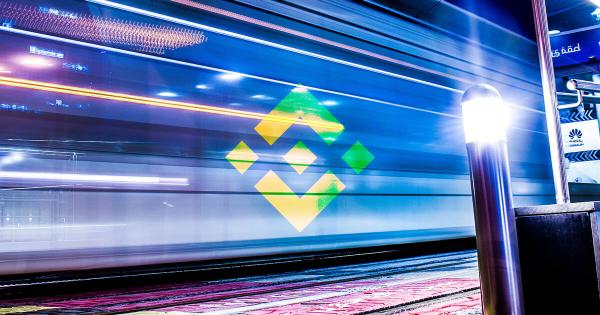 Researchers at Glassnode conducted an in-depth research of the on-chain data of Binance, one of the world’s largest crypto exchanges, comparing its growth with other trading platforms.

Since January 2018, Binance has seen a consistent increase in Bitcoin balance, indicating that a rising number of traders moved their funds into the exchange.

“Since its launch, it has experienced a meteoric rise, becoming the top exchange in the world in terms of reported trading volume. It also has the third highest amount of BTC deposits (after Coinbase and Huobi), and is experiencing the highest rate of growth of any major exchange.”

Why crypto deposits is an important indicator of exchange growth

Throughout the past two years, the inflated volume of the majority of crypto exchanges has remained a concern for investors.

However, one piece of data cannot be manipulated and that is the net inflow of crypto assets into an exchange.

While wash trading can be manufactured through several market makers and bots, the inflow of Bitcoin, for example, cannot be faked.

“While most exchanges saw peaks in terms of BTC holdings in late 2017, Binance is one of a few that did not experience a decline after the market crashed. Its post-2017 rise is rivaled only by the likes of Huobi. However, Binance fared far better during the recent price crash, making it one of the top players in the market.”

At the peak of the crypto market in late 2017, Binance launched with significant hype with a clean user interface and its CEO Changpeng Zhao’s background as the chief technical officer of a top exchange at the time.

Over the next few months that followed, the Bitcoin balance of Binance went from 50,000 to 225,000, equivalent to over $3 billion at the time.

At a time during which dominant crypto exchanges were exclusively targeting U.S. users and popular exchanges were on the decline, Binance emerged as the next big exchange. A large part of its success has been its ability to sustain the inflow of crypto assets over an extended period of time.

Bitfinex, Bitstamp, Bittrex, Gemini, and Kraken saw a stagnant net inflow of Bitcoin from 2017, for about two years, while Binance, OKEx, and Huobi saw a consistent increase in net inflow.

Binance has been making large moves in 2020, despite the downtrend of the crypto market, to expand throughout Asia.

With Binance Korea and its acquisition of WazirX, it has positioned itself to operate in South Korea and India in the immediate term.

Binance also acquired CoinMarketCap for an undisclosed sum, which according to data from Alexa, is a top 100 website globally by traffic.

In the futures market, Binance faces BitMEX and OKEx as its main competitors, and in the spot market, Coinbase remains as the other dominant exchange alongside Binance.

Keep it vs. leave it: Why Binance delisting leveraged crypto assets has users divided