Governor Polis wants Colorado to be the first state allowing tax payments “in a variety of cryptos.” 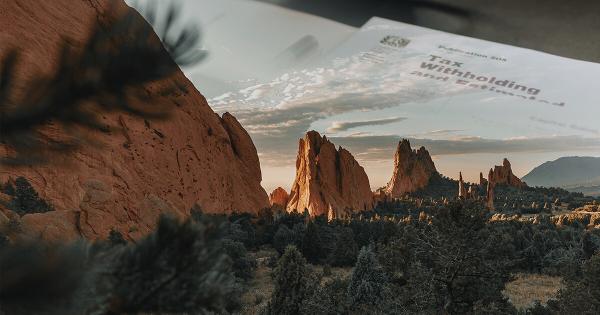 The adoption of crypto in the US got a new push as Colorado Governor Jared Polis is eager to accommodate legislation for state tax payments via cryptocurrencies, as per a report on news outlet The Independent.

“I’d be thrilled to be the first state to let you pay your taxes in a variety of cryptos,” said Polis at the Consensus 2021 virtual conference on Tuesday, announcing his next step will be talking to Mark Ferrandino, the Executive Director at Colorado Department of Revenue.

The Federal Election Commission (FEC) ruled in 2014 that political committees and the politicians they support are allowed to accept donations in the form of Bitcoin (BTC), with them being considered “in-kind contributions,” like stock or property.

Colorado State Governor Jared Polis, the first politician that legally accepted campaign contributions in Bitcoin, is hopeful his state residents will be permitted to pay their taxes with crypto and he wants it to happen soon.

“I’d love to set that up,” said Polis. He added that “Colorado is and will be the center for blockchain innovation in the United States, attracting investments and good jobs and innovators in infrastructure, digital identity, and individual data security in the private and public sector.”

Not the first try

Similar attempts in the adoption of cryptocurrencies tried by other states haven’t gone very far.

In 2018, Ohio managed to cross the barrier, allowing companies to pay taxes through OhioCrypto.com, with processor BitPay converting payments made in Bitcoin to dollars for the treasurer’s office.

Exclusive: Ohio to accept #bitcoin for taxes, appears to be a first for a U.S. state. Starting w/business filers, plans to expand to individuals. via @WSJ https://t.co/aJPgcVH4iV pic.twitter.com/tvCjAEkvos

The initiative ended in 2019 under new treasurer Robert Sprague, with the state claiming only ten companies had used OhioCrypto.com for paying taxes.

Besides Ohio, Arizona and Illinois also explored accepting cryptocurrencies for tax payments but failed to push through legislation.

Another short-lived program in Seminole County, Florida, ended with the county treasurer being accused of embezzling money for cryptocurrency schemes.

In order to prevent tax evasion, the US Treasury has previously already announced stricter cryptocurrency compliance with the Internal Revenue Services (IRS). Are we seeing tax payments on crypto and tax payments in crypto signaling a higher level of adoption?