The Arizona Senate has recently passed a bill that could potentially allow residents to pay their taxes with Bitcoin or other cryptocurrencies that are “recognized” by Arizona state revenue authorities. 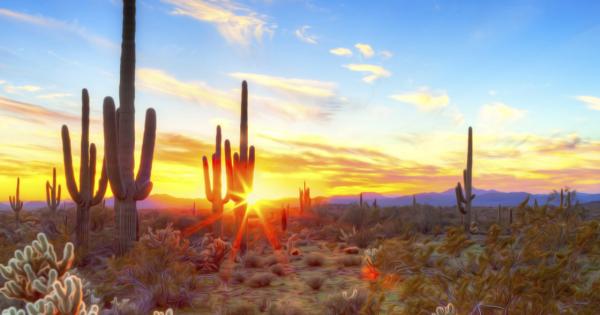 The Arizona Senate has recently passed a bill that could potentially allow residents to pay their taxes with Bitcoin or other cryptocurrencies that are “recognized” by Arizona state revenue authorities.

Public records show that Senate Bill 1091, which aims to enable tax payment via cryptocurrencies, was introduced to the senate on the 10th of January and was approved by the Senate Finance Committee on the 24th. On the 8th of February, the bill was passed with a 16-13 margin.

While the bill is set to be reviewed by the state’s House of Representatives, it has the potential to profoundly impact the rate at which cryptocurrencies are adopted and how they are perceived as a medium of value transfer.

The legitimization of Bitcoin and other cryptocurrencies through their potential acceptance for tax payment would dramatically enhance their inherent usefulness and could spark another bull run in the currently subdued market.

Should the potential Bitcoin tax bill pass, Arizona would become the first state in America to fully legitimize tax payment via cryptocurrency by 2020. Taxpayers in the state would then be able to use “a payment gateway, such as Bitcoin, Litecoin or any other cryptocurrency recognized by the department, using electronic peer-to-peer systems.”

The bill also includes a provision that would require cryptocurrency payments made to tax authorities be converted into U.S. dollars within 24 hours. This directive is likely to help address any potential concerns regarding the volatility of cryptocurrency values and the impact market swings may have on state tax revenue.

Senate Bill 1091 was co-sponsored by pro-crypto Arizona State Representative Jeff Weninger, who has recently sponsored a number of similar bills. In addition to the crypto tax payment bill, Weninger co-sponsored the submission of Arizona House Bill 2602, which would guarantee the right to operate a blockchain node within the state.

Arizona is rapidly becoming a leader in Blockchain Development. https://t.co/9jxx6Pw2Fb

Weninger is also the author of a 2017 bill that enshrined blockchain smart contracts and signatures as legally-binding, which was formally signed into state law on the 29th of March last year. Speaking with Fox News, Representative Weninger expanded on the potential implications of the cryptocurrency tax bill:

It’s one of a litany of bills that we’re running that is sending a signal to everyone in the United States, and possibly throughout the world, that Arizona is going to be the place to be for blockchain and digital currency technology in the future

Arizona’s apparent forward-leaning stance on cryptocurrency adoption could have taxpayers remitting tax bills via the blockchain within just two years, which would place it several years ahead of the World Economic Forum’s estimate of 2023 as outlined in the WEF’s “Future of Financial Infrastructure” report.

In order to succeed, the cryptocurrency tax bill would require approval in the House of Representatives and could possibly demand reconciliation if the House and Senate pass different versions. If the bill passes, Arizona would join the municipality of Chiasso, Switzerland in allowing residents to pay tax with crypto and break new ground for blockchain technology in the United States.