The IOTA Foundation announced the full release of its Trinity wallet for mobile and desktop. 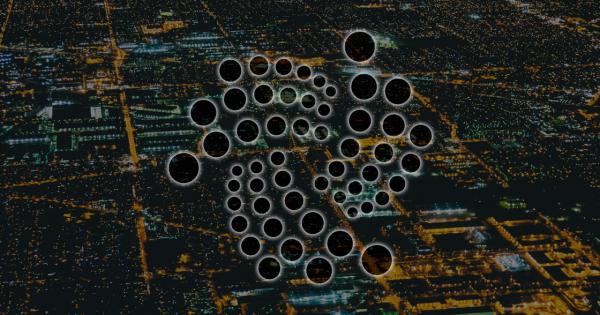 The IOTA Foundation announced the full release of its Trinity wallet for mobile and desktop. The wallet simplifies the process for storing seeds and sending and receiving tokens. Read our full test and review of the wallet.

The IOTA Foundation announced the full release of Trinity following the completion of an audit on the wallet by SIXGEN, a Maryland-based cybersecurity firm. The release provides a robust alternative to the Nostalgia, Nelium, and IOTA GUI Light wallets, among others.

CryptoSlate went ahead and tested the wallet to assess the IOTA Foundation’s claims of usability.

Going through the account setup process was slightly more of a hassle than comparable Ethereum or Bitcoin wallets. One feature that Trinity boasts is secure SeedVault digital backup. These backups use the same standards as KeePass for encrypted seed backups.

However, during our tests importing the backed up seed required more than half a dozen attempts and only worked after tweaking the test device’s settings. If a user is unable to import the seed file then they will need to manually input the 81 character seed.

Importing the seed onto mobile could have been easier. Although there’s a camera feature for scanning a QR of the seed, we were unable to find a QR code of the seed on the wallet, meaning manual input was once again required.

Enabling biometric authentication was simple and allows for quicker access to the wallet on mobile. Unfortunately, the feature isn’t supported on desktop devices.

Sending and receiving transactions was convenient. The Trinity wallet supports QR scanning as well as address prefilling, in-line with other high-quality cryptocurrency wallets.

One unusual feature stemming from IOTA’s non-blockchain architecture is that addresses are not reusable. Each time a user sends a transaction the application must create a new address to send the remaining balance to. In previous iterations of IOTA wallet apps users had to do this manually, putting user funds at risk.

Users have reported losing tens of thousands of dollars because of this non-intuitive feature in older wallets. That said, wallets like Trinity help abstract away complexity by automatic this process and allow users to focus on spending and saving their coins.

Hardware wallet support and other features

Trinity also supports the Ledger Nano S, X, and Blue hardware wallets. The wallets act as an additional layer of security by storing the account seed on the hardware device rather than on Trinity.

However, after testing, the hardware wallet also adds an additional layer of complexity when using the wallet. Although it’s more secure, it makes sending and receiving transactions and accessing the wallet more cumbersome. Our recommendation is to connect a hardware device only if storing large amounts of IOTA.

Other passive features include node management and quorum. By automatically querying multiple nodes to verify the integrity of network information users can securely remain connected to the Tangle.

Those interested in trying Trinity themselves can download the wallet on iOS, Android, Windows, Mac, and Linux.

Dominik is an Italian entrepreneur and co-founder of IOTA, where he’s focused on building the Machine Economy through Open Source Software. Learn More

Ledger Blue is a premium hardware wallet with an advanced user experience thanks to a large touch screen interface. Learn More