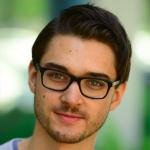 IOTA Foundation, Co-Chairman of the Board of Directors

Dominik is an Italian entrepreneur and co-founder of IOTA, where he’s focused on building the Machine Economy through Open Source Software. He has been in the Blockchain space since 2011, with his first startup ventures in Switzerland and the UK. With his work, he has won international prizes from the likes of Deloitte, Wanxiang, GTEC and Emirates NBD.

With IOTA and the blockchain, he wants to fuel our transition towards smart decentralization, which is the foundation of establishing verifiable trust between humans, machines, companies and governments alike.

IOTA Joins Ford, BMW, GM and Renault As Some of the Big Names to Connect with MOBI