Take a tour of the four Layer-1 EVMs set to make big strides this year. 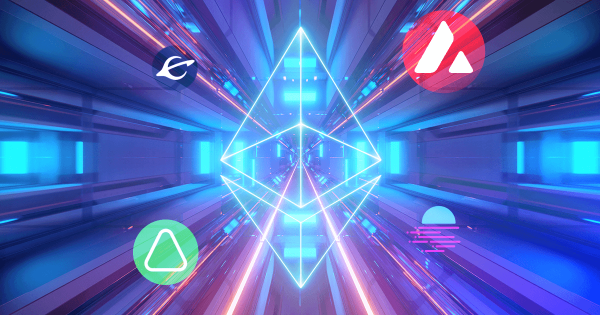 Blockchain scalability has been a hot topic in the crypto industry for quite a while. With Ethereum suffering from congestion that caused transaction fees to skyrocket, there has been a surge of Layer-1 EVM-compatible blockchains on the market.

We take a look at some of the most popular and most promising Layer-1 EVMs that are expected to make big strides in 2022 as the industry switches its focus away from Ethereum.

Moonriver is the canary network of the Polkadot-based Moonbeam, developed by the PureStake team. It’s an EVM-compatible platform that enables developers to deploy smart contracts and dApp front-end offices built for Ethereum to the Polkadot ecosystem.

All new code intended for Moonbeam is shipped to Moonriver first, where it’s tested and verified under real economic conditions, but without the pressure of a high market cap network like Polkadot.

Moonriver won the second parachain auction on Kusama by a landslide, raising over 205,000 KSM in the crowdloan, worth roughly $52.5 million at the time. The public’s interest in Moonriver can, at least in part, be explained by the platform’s community-centric approach.  Unlike its Polkadot-based sister project, Moonriver allocates the majority of its supply to the community—a total of 40% of MOVR’s supply is allocated towards community incentives. Another 30% of the supply will be distributed as rewards to those that contributed to its crowdloan. Neither Moonriver’s investors nor its team have received a token allocation.

As of 2022, the majority of the total value locked (TVL) in Moonriver comes from its Ethereum bridge. A close second are decentralized exchanges (DEXs), which account for 39.9% of the market share on the platform.

Moonriver continues to be the most active parachain on Kusama, processing almost 15 million transactions. By the end of 2021, the platform had 75 live integrations, over 380,000 wallets, and over 1 million MOVR locked in collator staking.

To date, more than 3,000 ERC-20 tokens were created on the Moonriver network, cementing its position as a dominant force not just in the Kusama ecosystem, but in the larger crypto ecosystem as well.

Moonriver continues to be the most active parachain in @kusamanetwork with 14.5M+ transactions, 380k+ wallets, 1M+ MOVR locked in collator staking, and more!

Part of Avalanche’s built-in blockchains, the C-Chain is the network’s proprietary contract chain. The C-Chain is essentially a copy of the Ethereum Virtual Machine (EVM), enabling developers to deploy smart contracts that were built for Ethereum.

The C-Chain exists alongside two other blockchains—the Exchange Chain and the Platform Chain. As each chain deals with specialized tasks, the network becomes much quicker and more scalable than blockchains that run all of the processes in a single chain.

Avalanche’s broader goal to become the global asset exchange is made possible by the C-Chain. The chain coordinates the network’s validators, tracks active subnets, and facilitates the creation of new ones.

The fuel that powers Avalanche is AVAX, its native utility token. Interoperable across subnets and the mainnet, the token can be staked by members of the Avalanche community in order to become network validators. The token has a market cap of $21.76 billion.

Users that don’t want to stake their AVAX tokens on the network can put them to good use in one of the dozens of major protocols that have launched on Avalanche. To date, over $11 billion in value has been locked in Avalanche across dApps such as Aave, Benqi, Trader Joe, Curve, and SushiSwap.

C-Chain’s derives its value in the Avalanche ecosystem from the popularity lending protocols like these have. The C-Chain is the go-to Avalanche chain for lending, which accounts for the majority of Avalanche’s TVL.

All of these features have attracted a huge, tightly-knit community to Avalanche that’s been propelling both its token and its utility to new heights and many believe the hype will continue well into 2022.

Aurora is an Ethereum Virtual Machine (EVM) created by the team behind NEAR Protocol. The network was designed as a turnkey solution for developers looking to operate their dApps in an Ethereum-compatible, high-throughput, scalable, and future-proof platform.

As the network runs on the NEAR Protocol, it inherits the performance it offers. This enables the network to offer not only extremely fast transactions but very cheap ones as well. Another major advantage Aurora offers is its base currency. Unlike other Layer-1 EVM-compatible chains, Aurora’s base currency is Ethereum’s native ETH.

The Aurora Bridge, part of the NEAR Rainbow Bridge, enables users to transfer their assets from Ethereum in a fully trustless environment.

While Aurora shares the team and the technology behind NEAR Protocol, it will be operated as an independent, self-funded initiative. The network is governed by a DAO, making it one of the few EVMs that have let go of the reins and put control of the network into the hands of its community.

In Q1 2022, the network is set to introduce staking for its native token AURORA, which is set to give the cryptocurrency real-world utility. And with protocols such as 1inch, Band, ShowSwap, and DODO all finding their home on Aurora, the token has the potential to unlock a myriad of new possibilities for its users.

Cosmos had the longest wait to achieve Ethereum compatibility, but the introduction of Evmos in September 2021 finally brought an EVM to the network.

Evmos is an application-agnostic chain that’s interoperable with the Ethereum mainnet and any other BFT and EVM-compatible environments. Its integration with the Inter-Blockchain Communication protocol (IBC) provides this compatibility and makes it easy for users and developers to move value between various chains.

The platform is the first IBC-compatible, EVM-based chain on Cosmos, leveraging the Cosmos SDK to provide users with the composability, interoperability, and fast finality they’re missing from Ethereum. As such, Evmos is able to offer developers an accomodating EVM ecosystem they can launch their Ethereum-based applications on without having to rewrite any of their code.

This has the potential to significantly increase the number of projects flocking to the Cosmos Network and, in turn, push Cosmos’ native ATOM to new heights. The same can be applied to EVMOS, the platform’s native cryptocurrency, which will be airdropped to all users that have spent gas on about a dozen different dApps on Ethereum and Cosmos. as well as EVM bridges. The token will also be given to victims of some of the largest rug pulls in 2021 in an effort the company calls a “rektdrop”.

Given how much growth platforms like Binance Smart Chain and Polygon experienced after developing their own EVM, it’s safe to say that Evmos has the potential to propel Cosmos to the forefront of DeFi.

The need for Ethereum-compatible chains has never been greater. With projects racing to offer the highest throughput with the lowest fees, these four EVMs will have their work cut out for them in 2022. Competition in the space is heating up and will be one of the main forces driving changes and innovation in the crypto industry.

Some say that a player as big as Avalanche will be the one that dominates the market, while others believe that newcomers to the space like Aurora will see the biggest growth. However, it’s still too early to tell which of these EVMs will make the biggest impact this year.

What is certain, though, is that low fees and low latency won’t be enough to make any of these Layer-1 EVMs a dominant force in the market. Other features such as cross-chain interoperability and a good UI will be what attracts the strongest community—and it’s the community that will decide on how far any of these projects will go. 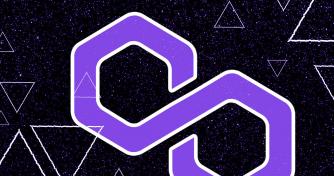 Has the trilemma been solved by new a Polygon-backed layer 1 blockchain? 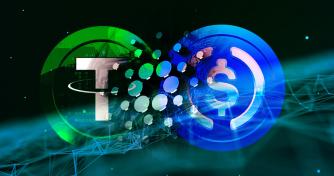