The Race to the World’s First Crypto Smartphone: HTC and Sirin Labs Go Head to Head

Dedicated hardware has made it possible for crypto holders to securely store digital assets in hack-proof crypto-vaults such as the Ledger device series. 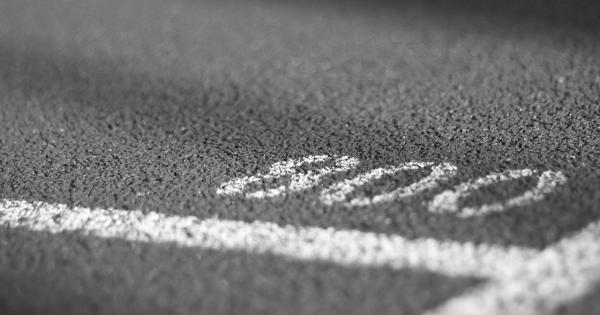 Photo by Hala AlGhanim on Unsplash

Dedicated hardware has made it possible for crypto holders to securely store digital assets in hack-proof crypto-vaults such as the Ledger device series. As cryptocurrency becomes more widely adopted, tech companies race to integrate secure crypto storage functionality into the most prolific devices used today — smartphones.

There are a number of competitors that are aiming to beat HTC to the punch, however, with a wave of blockchain-enabled smartphones will integrated hardware wallets slated to hit the market in the second half of 2018.

Met the HTC Exodus team last week and was really excited to hear the phone will support LTC and Lightning Network on Litecoin natively! I will be an advisor as I see having a secure crypto phone that makes LN simple is needed for mass adoption.

P.S. No, they will not remove BTC. https://t.co/WQcygPVst0

Taiwan-based HTC steps forward as the first major smartphone manufacturer to specifically target the blockchain ecosystem, aiming to create a smartphone that offers hardware wallet functionality and decentralized application support out of the box with the HTC Exodus.

Specifics on the HTC Exodus are scant but the launch website details a unique integration that will likely see each Exodus work as a node in a standalone blockchain. The Exodus claims to be blockchain agnostic, offering support for multiple protocols in order to promote blockchain interoperability and boasts a universal wallet that could see the smartphone support a broad spectrum of cryptocurrencies.

HTC Vive creator Phil Chen is the mind behind the HTC Exodus, who claims that the smartphone, when released, will offer far stronger security than other hardware wallet solutions available on the market — including major players such as France-based Leger:

“When we ship this, it will be the most secure cold storage wallet on the market … We do see this as a completely new sort of path of what a smartphone is, and I think this notion of a smartphone will completely change because of blockchain technologies.”

In a recent interview with the Verge, Chen stated that the Exodus will be closely priced to the HTC’s primary competitor in the blockchain smartphone race — Sirin Labs’ “Finney” device — at around $1,000 USD. Chen anticipates a launch date for the Exodus in Q4 2018.

“We envision a phone where you hold your own keys, you own your own identity and data, and your phone is the hub.”

Israeli startup Sirin Labs, the company behind the $14,000 ultra-secure Solarin smartphone, is aiming to tackle the blockchain smartphone market not only with a dedicated handheld device, but with an entire operating system, smartphone, and blockchain-enabled desktop computer.

The “Finney” smartphone, named after Bitcoin pioneer Hal Finney, is designed to pair with Sirin Labs’ Finney PC, which claims the title of the “first blockchain all-in-one PC built on thin client practices.”

Operating a forked version of Android, the Finney smartphone will have a built-in cold storage crypto wallet accessed with a slider that reveals a secondary display called the “safe screen.” Sirin Labs states that the safe screen will run on separate firmware similar to a hardware wallet. In addition to cold storage functionality, the Finney will also have a physical security switch and three-factor authentication that integrates biometric, lock pattern, and behavioral factors.

CEO and Founder of Sirin Labs Moshe Hogeg emphasized the importance of decentralization as a core axiom of the Finney project in an interview with TNW earlier this year:

“It will integrate a highly secure wallet for cryptocurrency cold-storage, to ensure security, and it also has a lot of blockchain technology. For example you can use the devices as a shared resource center. If you and I were travelling and I needed to charge my phone you could share your battery power with me in exchange for tokens. I could share my data plan with someone in exchange for tokens or become a hot-spot.”

The tech specs of the Finney are competitive when compared to modern flagship devices — boasting a Snapdragon 845, 6’ 18:9 display, 6GB RAM, and a 12MPx main camera, the Finney packs in a reasonable amount of value given the $999 USD price tag.

The Finney PC is intended to complement the Finney smartphone, allowing crypto holders to establish a private blockchain between it and the Finney. Interestingly, Sirin Labs plans to offer additional GPU, CPU, and RAM computational power as a subscription service via a peer-to-peer resource sharing protocol or a cloud-based service. Sirin Labs aims to make the Finney smartphone available to consumers in November 2018.