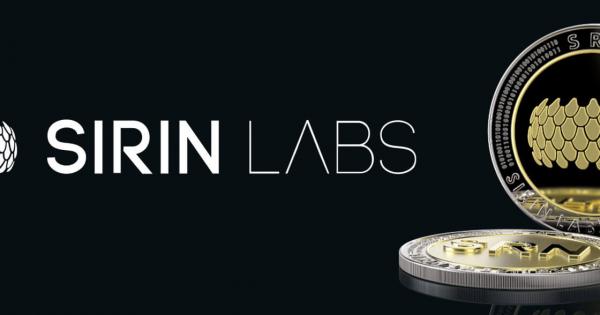 Digital currencies and blockchain technology are everywhere right now. They’ve transcended their niche status to become a near constant preoccupation for millions of people. Their incredible value and technological innovation can, in a good way, feel all-consuming.

Ironically, while they are everywhere, they are also nowhere. After all, digital currencies are, by nature, a metaphor. They have no tangible expression. There is no physical Bitcoin, and you won’t see any blockchains on store shelves. In short, the crypto space is an objectless enterprise.

Sirin Labs is producing an Android-powered mobile phone and desktop computer that fully embraces the decentralized blockchain and the prominence of cryptocurrencies as a monetary tool in the digital economy. 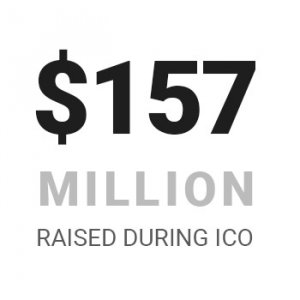 To fund this project, Sirin Labs raised a massive a $157 million during an initial coin offering for their ERC-20 compatible SRN token. In addition to being tradable on numerous exchanges, this digital currency allows people to purchase Solarin and Finney project devices.

According to their website, customers receive a 20% discount on Solarin products when they use the SRN token at purchase.

As noted in the Sirin Labs project overview, Sirin is aiming to dominate the open source electronics market:

“SIRIN LABS’ vision is to become the world’s leader in secure open source consumer electronics, bridging the gap between the mass market and the blockchain economy.”

What is Sirin Labs?

Sirin Labs launched in 2014 with the intention to “develop the world’s most secure phone.” Their first project, Solarin, began in 2016.

The phone boasted some compelling features it was widely criticized for its head-turning high price point of $13,200.

However, Sirin’s latest initiative, the Finney project, is comprised of two products: a mobile phone and a desktop computer.

Their presale advertising offers a $999 price tag, which makes it comparable to Apple’s iPhone or Samsung’s Galaxy.

“The first blockchain all-in-one PC with additional power available through the Sirin Labs peer-to-peer resource sharing protocol, or via a cloud-based service.”

As its blockchain-based ethos would suggest, the entire Finney project is open sourced, and it includes a variety of products and services.

The native OS of the Finney project is a blockchain-based operating system that includes securing P2P resource sharing, a built-in cold storage crypto wallet, and a distributed ledger consensus mechanism. Both the Finney smartphone and desktop PC operating on Sirin’s open source OS. 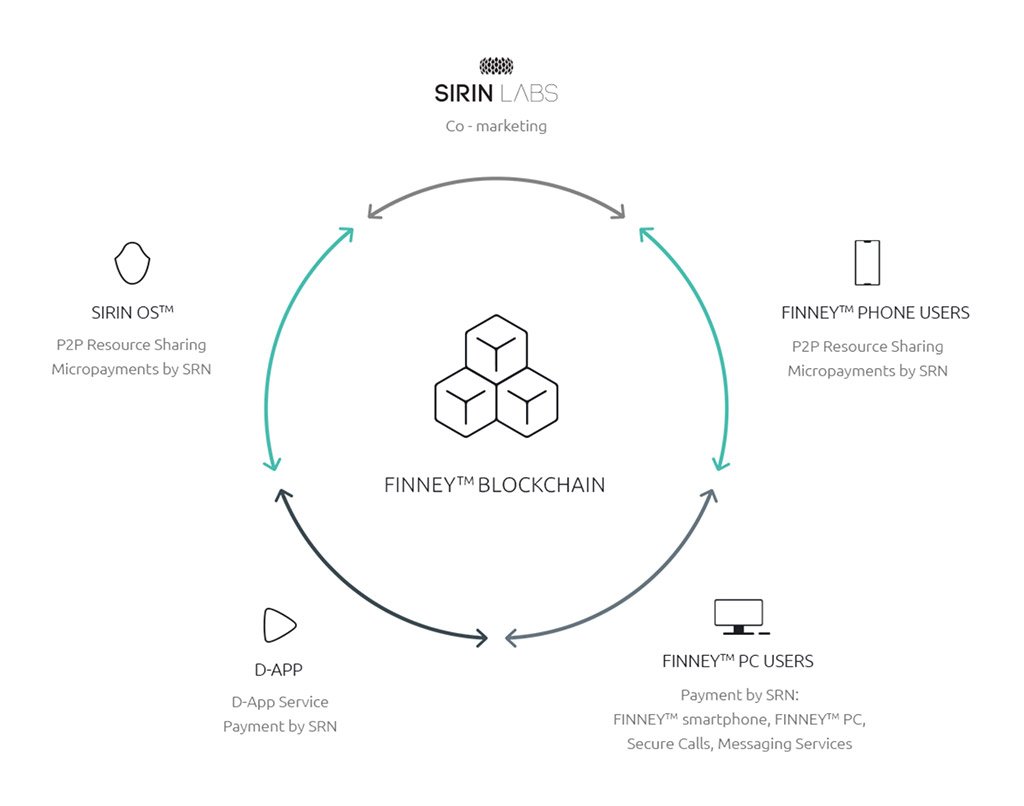 Although its final specs have not been released, Sirin anticipates this mobile phone to include a 5.5” screen, which would make its size comparable to Apple’s plus phone line. Also, it boasts 64GB storage, 6GB RAM, a 12MP front-facing camera, and a 13MP selfie camera.

Finney’s desktop PC is the company’s first foray into the computing market. With 8GB of memory and 256GB of storage, the Finney desktop PC includes less storage than many other desktop computers, but it’s strengths lie in the decentralized network that it runs on. Also, it contains biometric security sensors and a 24” 2K display. Sirin Labs is pursuing a $799 target price for the computer.

This software feature is a part of the Sirin OS, and it includes several security-oriented features that are unseen on other phones or computers. As their site indicates, the suite consists of:

Finney products include a decentralized, open-source app store. Using a P2P sharing system, fees are distributed between users and developers.

While the hardware composition of the Finney project — notably the desktop PC — is impressive, the technical architecture of the Sirin solution is worthy of further explanation. The issues the Finney project solves are apparent — while blockchain technology is inherently impervious to hacking, the hardware upon which most wallets are held are not. Sirin appears to be aiming to create an entirely secure computer and smartphone combination that, interestingly, creates its private blockchain network.

The Sirin solution is powered by IOTA’s Tangle consensus method, which is arguably uniquely suited to the structure of the Finney project — instead of relying upon dedicated nodes, Tangle establishes each network participant as a node equivalent, which is ideal for the creation of a private small-scale blockchain between electronic devices.

The Sirin OS itself is based on the Android operating system, but boasts an “ultra-secure cryptography core.” Sirin OS is built with some elements that are designed to secure the weakest link in cryptocurrency transactions — interactions between a wallet and the blockchain network and the internet connection that facilitates the link.

As such, the first component of the Sirin OS solution, BlockShield, uses multiple protection layers built into the Sirin smartphone and desktop computer that include IP address obfuscation and MAC address randomization. Each Sirin device also boasts a built-in hardware wallet that is both physically and electronically disconnected from the network when not in use.

It’s clear that the Sirin team have dedicated a significant amount of effort to the creation of a highly secure hardware/software ecosystem to eliminate virtually any risk of penetration. The Sirin whitepaper explains the architecture of Sirin OS in depth, protecting devices in a manner seen thus far only in dedicated hardware wallets such as the Ledger Nano S and Trezor.

Sirin Labs is the brainchild of Moshe Hogeg. His previous project, Mobli, is a photo and video sharing service that received funding from Leonardo DiCaprio.

Of course, Hogeg isn’t going it alone. Sirin Labs is comprised of nearly forty team members and a handful of prominent advisors. Their advisory board includes Steven Nerayoff, a co-founder of Ethereum; Jeff Pulver, one of the first Twitter investors; Guy Ben Artzi, a Bancor co-founder; and Takeshi Ito, the CTO of Sony Mobile.

Sirin Labs is straddling the gap between crypto startups and established tech companies. As a result, they have strategic partnerships with companies like Status, Alignment Blockchain Hub, Bancor, and Leo Messi Management, but they also have a close working relationship with Google.

Where is SRN Trading?

SRN tokens are available at numerous crypto exchanges. They can be purchased at popular exchanges including Bittrex, Huobi, Upbit, Bancor, Idex, Tidex, and Liqui.

SIRIN LABS is one of the most exciting blockchain projects because of its commitment to developing quality hardware for the decentralized future. Although the Solarin project boasts many compelling features, it’s outrageous $10,000 price tag after discounts is a non-starter for all but the most niche of the niche.

However, the SRN token is funding their new Polaris project, which is significantly more affordable and includes features that blockchain enthusiasts are bound to love. The native integration of cold storage, digital wallets, easy cryptocurrency usage, and enhanced security features make it a truly compelling product.

Cryptocurrencies and blockchain technology are criticized continuously by skeptics, but the technologies have managed to thrive anyway. It’s possible that the same may be true for Solarin Labs. As Hogeg recently noted,

“You have more than 10 million people that are all in crypto in one way or another. I think the community will at least double in size by the end of this year.”

If a fraction of those adopters turns to their mobile technology, this project could be quite successful. Ultimately, Finney’s launch later in 2018 will tell us a lot about SRN’s future.

For more information on SIRIN LABS, including price, daily volume, and social media links, please see our SIRIN LABS coin profile or watch the video below.