From a pure price perspective, the best-performing crypto assets of the past two months have been Synthetix Network Token (SNX), Chainlink (LINK), Cardano (ADA), and a swath of other tokens. 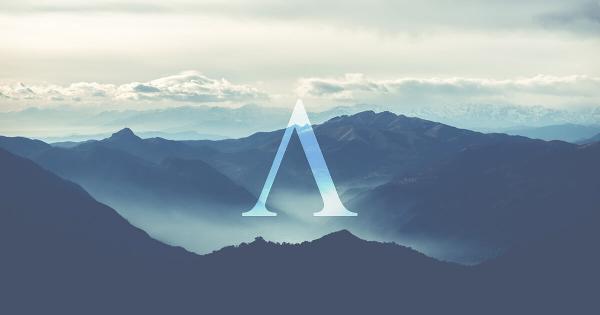 From a pure price perspective, the best-performing crypto assets of the past two months have been Synthetix Network Token (SNX), Chainlink (LINK), Cardano (ADA), and a swath of other tokens.

But it is actually Ampleforth (AMPL/Amples) — an Ethereum-based stablecoin of sorts — that is the best-performing crypto asset.

If you look at market data, this may not seem clear: the asset is up approximately 100 percent in the past month — a great performance, sure, but one that falls short of the parabolic gains seen in other cryptocurrencies.

It’s a different story if you look at the asset’s market capitalization, which is up by approximately 5,000 percent in the past 30 days.

Amples are not your average stablecoin. The Ampleforth protocol uses a rebasing system that changes the circulating supply each day, both upward and downward, to try and stabilize the price around a dollar over time. As the crypto project’s website explains:

As there are no U.S. dollars or other assets backing the coin, the crypto has seen large deviations from its dollar peg as demand has seen immense volatility during the recent altcoin craze.

With extremely strong demand over the past month, AMPL’s market cap and price have simultaneously exploded higher. At the recent highs, the altcoin traded for $4.00, and on another day, its market cap briefly surmounted $400 million.

What’s impressive about these numbers isn’t the fact that Amples were trading hands for 300 percent above the peg, it’s that the market cap of the crypto has risen around 5,000 percent in the past 30 days.

Due to Ampleforth’s rebasing system, that means that holders that bought AMPL a month ago are up around 5,000 percent on their investment.

What’s crazy is that some think that the asset has further to run. Amber Group, a cryptocurrency finance firm, said the following about Ampleforth on Jul. 22:

There’s also Qiao Wang, a cryptocurrency trader who half-joked on Jul. 20 that AMPL could pass the market cap of Bitcoin:

“Not sure what to make of AMPL. Think December 31st 2020 it will either surpass Bitcoin by marketcap or go to zero. Either way it will be remembered as one of the craziest experiments in DeFi aka Degen Finance.”

He added in a later tweet that if he was a betting man, there’s an under one percent of this scenario playing out.

Notably, the asset has begun to slip lower, both in terms of its price and market cap. Nic Carter, a prominent investor and entrepreneur in this industry, has since warned that the asset could “unwind as fast as it came up.”

Behind Ampleforth’s growth is many factors. But one such one is 4chan — the pseudonymous messaging forum known for its focus on the stock and crypto market.

As reported by CryptoSlate, Andrew Kang, founder of Mechanism Capital and a prominent crypto analyst, said that 4chan has legitimately moved the altcoin market over recent weeks:

“One of the most interesting market dynamics at play right now is that 4chan has become the largest market driver. More powerful than even China or institutional crypto fund capital right now.”

Although the most obvious example of the site’s influence on crypto is Chainlink, which has literally gone parabolic, there has been much promoting of AMPL on 4chan over recent weeks.