Photo by Victoria Shes on Unsplash

Cardano (ADA) parent IOHK announced a partnership yesterday with Wyoming-based BeefChain. The firms will build a solution for the traceability and security of beef products.

Jerry Fragiskatos, the chief commercial officer at IOHK, announced the partnership at the Cardano virtual conference held Wednesday. He said the effort will power ranchers to tackle food security and safety issues in the billion-dollar industry.

BeefChain program manager and Wyoming State Representative Tyler Lindholm agreed with the comments, stating the blockchain-powered solution will improve food safety and recalls. Supply chain concerns will, in the process, also be benefited.

The project will approach a “farm-to-fork” method. That means the beef products will be tagged and traced right from the farms they come from, to the supply chain, to the logistics in between, and finally, to the user’s table.

Such a method would allow firms to use BeefChain’s solutions to pinpoint a bad batch or even a fraudulent product that could be inferior (or even another meat).

Lindholm pointed out retail giants like Walmart are already running pilot projects using blockchain technology to improve the accountability of its store’s products. The firm has transitioned from its decades-old tracing solution to a blockchain alternative — which brings with it speed and immutability of data.

“Our partnership with IOHK brings state-of-the-art technology to ranchers […] We are not technologists [and] IOHK is providing the backbone to our system and it is secured, transparent, and scalable. IOHK has provided everything we needed and more.”

According to Lupien, blockchain utilization in the ranching industry offers benefits across certification, traceability, and consumer engagement use cases among others.

With the IOHK partnership, it shall now certify producers with a process verified program (PVP); featuring quality assurance metrics like grass-fed and zero hormone treatment among other factors.

Blockchains for trust in food sources

The world loves its steaks. But beef supply has, in recent years, being met with criticism ranging from unsustainable practices and the lack of accountability. Similar concerns have been made for Norwegian Salmon, as CryptoSlate earlier reported.

For both these issues, the blockchain has been deployed as a solution. Traceability of food sources remains a major issue in the world — with counterfeits and below-par products reportedly thronging thousands of grocery stores.

The cost is no bar. Consumers are ready to pay a premium for the real deal, as per an IBM Blockchain survey. This includes brands following “sustainable” practices, which have been stressed by climate change activists fiercely in recent years.

Meanwhile, bringing beef to a blockchain is not new. In May, an Australian blockchain startup AgLive said it was working with local authorities to authenticate the quality of the country’s famed beef products in exports to China and other markets.

“We are now living in a world where food fraud and related health risks are becoming a growing problem (…), so we must work together to restore consumer trust.”

We never know; quality steaks could end up being the killer app for blockchain. 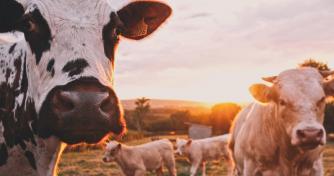 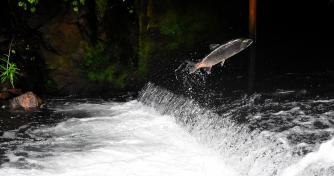 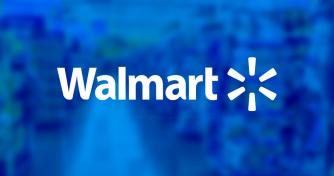 Walmart patents own cryptocurrency as battle with Amazon for retail intensifies