SBF says ‘FTX is fine. Assets are fine’ with over $1B in excess cash amid rumors of liquidity crunch

The tweet threat appears to be a response to rumors and speculation of liquidity issues at FTX and Alameda Research, which may have led to Binance's decision to sell its FTT. FTX CEO Sam ‘SBF’ Bankman-Fried has taken to Twitter to call out a “competitor” for “trying to go after us” and reassured the industry that despite the attempt, “FTX is fine. Assets are fine.”

2) FTX has enough to cover all client holdings.

We don't invest client assets (even in treasuries).

We have been processing all withdrawals, and will continue to be.

Some details on withdrawal speed: https://t.co/tSjhJW3JlI

(banks and nodes can be slow)

The tweet threat appears to be a response to rumors and speculation of liquidity issues at FTX and Alameda Research. The rumors may have played a role in Binance’s recent decision to liquidate its $500 million in FTT tokens over the weekend.

SBF expanded further by claiming that FTX “has enough to cover all client holdings” and will continue to process all withdrawals. He closed his thread with the following statement, implying that the aforementioned “competitor” could be Binance:

4) I'd love it, @cz_binance, if we could work together for the ecosystem.

CZ had posted over the weekend that he planned to liquidate Binance’s FTT tokens due to “recent revelations that have come [sic] to light” but wanted to make sure the “market impact” is minimal.

Cope, a content creator at The Block, responded to SBF with an image of a meme showing a house on fire alongside the caption, “FTX is fine,” as a prime example of the community’s view on SBF’s statement.

Interestingly, most of the conversation around liquidity issues focused on Alameda Research rather than FTX. SBF’s recent statement did not reference Alameda, instead focusing on ensuring the crypto community received the message that “FTX is fine.”

Questions of Alameda’s solvency status may continue until further evidence is presented to showcase that the company has sufficient assets to support its loans should the FTT token continue to fall in price.

The value of the FTT token continued to fall going into the U.S. market open on Nov. 7, hitting $22 in the early hours. The token price recovered on Nov. 6 following Ellison’s bullish statement that Alameda could buy all of Binance’s FTT tokens at $22. However, any recovery has since been thwarted as the price struggles to hold $22.

As of press time, CZ has not publicly commented on SBF’s statement. 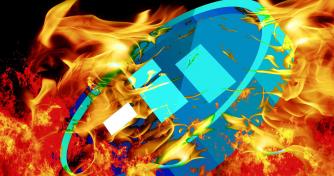 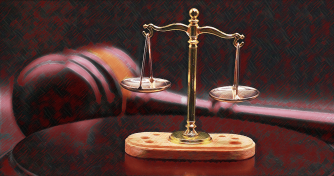 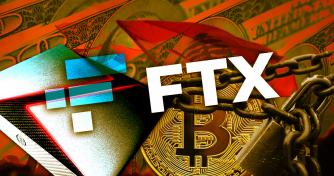