Reactions to the Alarming Frequency of ICO Scams

The initial coin offering paradigm shift may have contributed to 2017’s massive bull run, catapulting cryptocurrency and blockchain technology into the mainstream zeitgeist, but the explosion in ICO popularity over the last year led to the establishment of a “wild west” ecosystem in which fraudulent offerings run rampant. 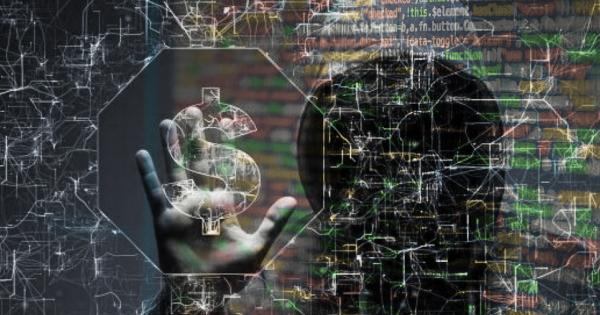 Photo by Dawid Zawiła on Unsplash

The initial coin offering paradigm shift may have contributed to 2017’s massive bull run, catapulting cryptocurrency and blockchain technology into the mainstream zeitgeist, but the explosion in ICO popularity over the last year led to the establishment of a “wild west” ecosystem in which fraudulent offerings run rampant.

New research conducted by the Wall Street Journal (WSJ) and China’s National Committee of Experts on the Internet Financial Security Technology demonstrates that almost 20% of all initial coin offerings launched in the last year were fraudulent, and over 400 of the cryptocurrencies in the market are “fake,” presenting key red flags of fraudulent activity.

The high number of fraudulent initial coin offerings active in the cryptocurrency market is no secret, but both recently published reports provide insight into the frequency of ICO scams.

The regulatory vacuum that initial coin offerings exist provides scammers and fraudsters with the opportunity to capture unsuspecting investors with promises of guaranteed returns or slick marketing, leading many countries, such as China and Thailand, to ban ICOs outright.

While regulatory bodies worldwide scramble to develop a framework to govern token offerings and cryptocurrencies in general, both reports published by the Chinese government and WSJ reinforce the importance of performing due diligence before investing in an ICO to avoid being taken in by an ICO scam.

The WSJ recently conducted an investigation into 1,450 initial coin offerings, identifying 271 individual ICOs that presented the key red flags of a fraudulent offering. This research reflects earlier conclusions drawn by the cryptocurrency community, noting that offerings that exhibit the following behavior are typically deceptive or fraudulent:

The repurposing of stock photos or the use of images appropriated from social media is rife within the fraud ICO ecosystem, but fortunately can be easily discovered by performing a Google image search of the image in question.

The 271 fraudulent ICOs identified within the report captured a total of over $1 billion in investor capital, demonstrating the relative success of exit scam offerings. Interestingly, the WSJ report also found that almost 8% of all initial coin offerings surveyed used white paper content repeated on a word-for-word basis from other legitimate projects.

Moreover, 120 of the ICOS surveyed didn’t provide any information on team composition or identities whatsoever. A further 12 ICOs promised guaranteed returns, which is specifically prohibited under SEC ruling.

The SEC has recently taken action against several ICOs that guaranteed returns to investors, such as the PlexCorps ICO that promised investors a massive 1,354% ROI in less than 30 days and Centra, in which the founders were recently arrested for fraud.

“There are going to be some legitimate players that emerge from this but it’s going to be a handful — a lot of it looks like penny-stock fraud with lower barriers to entry.”

The Wall Street Journal isn’t the only organization conducting research into the ICO ecosystem. The National Committee of Experts on the Internet Financial Security Technology (IFCERT), a Chinese government-backed organization, published a report into the prevalence of “fake” cryptocurrencies active within the cryptocurrency market.

“In recent years, virtual currencies represented by Bitcoin, Litecoin, Ethereum, etc. have received continuous attention. Some criminals are engaged in financial fraud or pyramid schemes under the cover of virtual currency.”

The IFCERT investigation found that the majority of fake cryptocurrencies operated with “pyramid-based” models and promised investors guaranteed returns and, in most cases, did not present investors with any code base. Interestingly, the IFCERT study also noted that most fake cryptocurrencies either do not have a blockchain or are unable to generate blocks.

IFCERT also references the presence of pump and dump groups in the crypto market:

“There is a phenomenon that prices [on these platforms] are highly controlled by institutions or individuals, which tends to cause the illusion of rapid price increase. However, users often cannot conduct transactions or withdraw cash.”

The SEC recently set up a fake ICO entitled “Howey Coin,” promising investors an “exclusive opportunity” to invest in a travel network that would “partner with all segments of the travel industry (air, hotel, car rental, and luxury segments)” and allow investors to earn coins that can be traded for profit.

The SEC ICO included amusingly fabricated claims that “HoweyCoins” are “officially registered with the U.S. government,” and “will trade on an SEC-compliant exchange.”

The HoweyCoin white paper is surprisingly well-composed to the point that it’s difficult to distinguish it from other low-effort ICO white papers, delivering a relatively strong market assessment.

The HoweyCoin white paper, however, doesn’t include a breakdown of the HoweyCoin team, nor does it deliver a detailed explanation of the tokenomics of the fictitious project. Attempting to buy tokens via the HoweyCoin site directs readers to an educational site that provides investors with a breakdown of key red flags presented by the project, highlighting a number of key identifiers:

While the SEC may be struggling to develop a nuanced regulatory framework to govern the cryptocurrency market, the HoweyCoin project demonstrates that the SEC is at least aware of the most common ways in which fraudsters attempt to decentralize unsuspecting investors away from their capital.

How to Identify Fraudulent ICOs

Before investing in any cryptocurrency it’s essential to perform due diligence in order to avoid being scammed. If a project doesn’t provide detailed information on the technology that drives it, the distribution of tokens issued, or the team behind it, then it’s highly likely to be fraudulent in nature.

For more information about how to identify ICO scams, please read our guide “The Seven Key Signs to an ICO Scam.”