There is mounting evidence that there is more to the QuadrigaCX incident. 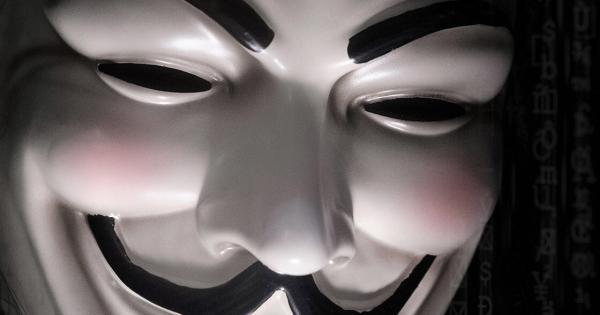 There is mounting evidence that there is more to the QuadrigaCX incident. Coinbase CEO Brian Armstrong is suspicious, Kraken suggestively announced $100,000 for tips, and Bloomberg recently reported that Quadriga’s cold wallets “have been empty since April.”

Activity from cryptocurrency figureheads and evidence coming from Canadian authorities could suggest there is more to the story of Quadriga’s loss of funds.

Background on the Quadriga Incident

A short summary of the QuadrigaCX case: CEO Gerald Cotten was allegedly the only one with access to the exchange’s fund. When he died, the company is now purportedly unable to access $130 million in funds held in offline cold-storage wallets. The incident pushed the exchange to cease operations and file for creditor protection with Canadian authorities. As a consequence of the ordeal, millions in cryptocurrency is no longer accessible to over 115,000 users with balances inside Quadriga.

Today, Bloomberg reported that Quadriga’s cold wallets have “been empty since April,” according to accounting firm Ernst & Young—which is responsible for sorting through the exchange’s finances as part of the bankruptcy process.

Bloomberg went on to report that Ernst & Young found six cold wallets used by Quadriga to store bitcoin in the past. Supposedly, five of those wallets haven’t had balances since April 2018, while a sixth “appears to have been used to receive Bitcoin from another cryptocurrency exchange account and subsequently transfer Bitcoin to the Quadriga hot wallet,” according to Bloomberg.

Kraken is Gathering Tips on the QuadrigaCX Case

Kraken, a US-based cryptocurrency exchange, announced a reward of up to $100,000 to anyone who can determine the whereabouts of the lost funds. The company announced the reward on their official blog on Feb. 28th. The recipient of the bounty will be anyone who can give “information leading to significant progress or discovery of all or some of the missing client funds in the QuadrigaCX case.”

On their blog, Kraken elaborates that it posted the reward because, in the exchange’s view, the Quadriga fiasco “impacts the entire crypto industry.”

As part of the effort, Kraken has (financially) encouraged anyone with relevant information to provide tips to the exchange and help pay back the hundreds of users impacted, including Kraken. The exchange has provided a Google form for the submission of these tips.

Jesse Powell, Kraken’s CEO, tweeted as early as Feb. 2nd that he was keen on finding Quadriga’s missing funds. Considering the bizarre circumstances, he even went as far to suggest parties in the case should get subpoenaed:

We have thousands of wallet addresses known to belong to @QuadrigaCoinEx and are investigating the bizarre and, frankly, unbelievable story of the founder's death and lost keys. I'm not normally calling for subpoenas but if @rcmpgrcpolice are looking in to this, contact @krakenfx

Meanwhile, Brian Armstrong, the CEO of Coinbase, speculated that Cotten’s death may have been used as a cover-up for earlier mismanagement. His company conducted its “own internal research, including some blockchain analytics” to take a “best guess” at what happened with Quadriga. Armstrong’s (speculative) conclusion:

“[The] sequence of events suggests this was mismanagement with later attempt to cover for it.”

The CEO also noted that Quadriga suffered a multi-million dollar bug in June of 2017 related to a smart contract error while sweeping (the automated process of transferring funds between accounts) ether to the exchange’s hot wallet. He suggested the exchange could have been running at a deficit because of losses from the bug, prompting the exchange to take more drastic action:

“This implies that at least few people inside Qadriga knew that they were running fractional [reserves]. If so, then it’s possible that untimely death of their CEO was used as an outlet to let the company sink.”

These different pieces of evidence suggest a narrative outside of mere negligence on part of Quadriga. As evidence emerges from the bankruptcy proceedings and Ernst & Young’s audit it is possible that a larger scandal is exposed.