Brian Armstrong, the CEO and co-founder of Coinbase, made a public statement speculating that QuadrigaCX—the exchange that lost $135 million in customer funds—may have used its CEO’s death as cover for earlier mismanagement. 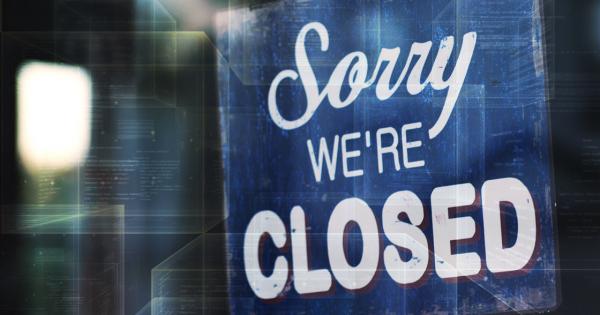 Brian Armstrong, the CEO and co-founder of Coinbase, made a public statement speculating that QuadrigaCX—the exchange that lost $135 million in customer funds—may have used its CEO’s death as cover for earlier mismanagement.

Brian Armstrong took to Twitter on Feb. 21st to share his perspective on what could have happened to QuadrigaCX. According to the CEO, it is possible that Quadriga used its founder’s death to obfuscate an earlier “multimillion-dollar” loss of funds.

Primer on the Quadriga Debacle

As background, Quadriga was the exchange that lost $135 million in customer funds when founder 30-year-old founder Gerald Cotten suddenly died due to complications with Crohn’s disease.

The exchange was entirely run by Cotten—through his laptop—according to an article by the BBC. Cotten was the only one with the credentials needed to access the cryptocurrency, and with his death, these funds likely became irrecoverable.

However, that wasn’t the start of Quadriga’s woes. In January of 2018, the BBC reported that Canadian bank CIBC froze five accounts linked to Quadriga, containing $20 million in customer funds, over payment-processing disputes. The issue was eventually escalated to court.

The exchange said it had millions in bank drafts it was unable to deposit because of disputes with the bank, reported BBC. This resulted in a “severe liquidity crunch,” causing customers to face delays in withdrawals as early as June of 2018.

Currently, Quadriga is in bankruptcy proceedings and under creditor protection. Once the exchange aggregates its assets the courts will divvy them up to victims.

Meanwhile, Brian Armstrong had his company do its “own internal research, including some blockchain analytics” to take a “best guess” at what really happened with Quadriga. Fair warning, Armstrong warns that his analysis is “pure speculation.”

He first confirmed that clusters that look like Quadriga’s cold storage were controlled by a human, likely Cotten, manually. These balances were moved out by early 2018, said Armstrong.

He also mentions that Quadriga was one of the oldest exchanges in existence, having been founded in 2013. If the exchange was pulling an “exit scam” then “it likely would have been timed better,” according to the CEO.

Then, the CEO notes that Quadriga suffered a multi-million dollar bug in June of 2017 related to a smart contract error while sweeping (the automated process of transferring funds between accounts) ether to the exchange’s hot wallet.

Because the exchange did not update its code properly when Ethereum’s Geth software updated at the time, it resulted in funds becoming permanently trapped in an invalid contract. Following the incident the exchange released a statement saying:

Bear Market Was the Potential Catalyst

Based on Armstrong’s and Coinbase’s research, this is when “patterns of sends from cold storage suggest they tried keeping the exchange afloat.” He even goes as far as to say that perhaps Quadriga attempted to “trade their way out of a hole,” suggesting that the exchange participated in risky cryptocurrency trading using customer funds.

Brian Armstrong then said that the 2018 bear market “dried out” the exchange’s liquidity and may have caused the earlier loss of funds to “catch up” with them. Armstrong points to withdrawal issues that customers were facing in mid-2018 as potential evidence that the exchange was struggling earlier. He goes on to speculate that the exchange did not have enough assets to cover customer deposits as a result of the hack, and some insiders were aware of this fact:

“This implies that at least few people inside Qadriga knew that they were running fractional [reserves]. If so, then it’s possible that untimely death of their CEO was used as an outlet to let the company sink.”

“[The] sequence of events suggests this was mismanagement with later attempt to cover for it.”

In conclusion, he suggests that the CEO’s death was a potential cover for the earlier loss of funds, saying “management decided to cut losses and release a statement claiming that access to money was lost with the CEO’s death?”

That said, Armstrong iterates that despite the analytics and the research, his statements are still all speculative:

“While this story isn’t perfect, it does seem plausible. I do want to emphasize that these are our best guesses based on the available data. As the case unfolds we might find out we were incorrect.”

Regardless of what really happened at Quadriga, based on court documents and statements from experts in the crypto community, it is likely that the exchange was mismanaged and did not take the precautions necessary to protect its customers’ funds.

Although it is unfortunate that so many people were impacted by the insolvency of the exchange, there are still some positives to the story. The incident has further fueled a movement called “proof of keys,” where crypto enthusiasts advocate for self-custody of cryptocurrency funds.

These advocates say that by using proper tools and habits, it is possible for people to manage their own private keys and not be beholden to exchanges at all.