Prince Philip of Serbia says “only way around inflation is Bitcoin”

Recently, Prince Philip of Serbia talked about Bitcoin on a Serbian TV talk show. He said in order to get rid of inflation, money should be taken away from the states and Bitcoin should replace fiat currencies. 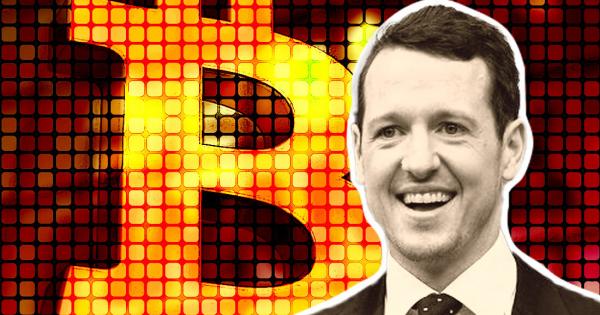 A few days ago, Prince Phillip of Serbia was the guest of the Serbian TV talk show host Ivan Ivanović. During his interview, he spoke fondly of Bitcoin and said it was the ultimate solution to inflation. Examples from Russia and Turkey also indicate that Bitcoin is heavily relied on when there is high inflation.

Prince Phillip is the grandson of HM King Peter II and second in line to the throne after hereditary Prince Peter. According to the royal family’s website, he graduated from University College London and is currently working as an analyst at an international asset management company in London.

Commenting on his role in the company, he said:

“I analyze and mainly tell clients what happens with the market, what’s going on with their portfolios, and I speak with a lot of other analysts and a lot of other portfolio managers within the company. We help to make decisions … It’s a great experience to be an analyst. I learn a lot.”

When the topic of crypto came up, he started commenting on the value of cryptocurrencies, but after a few sentences, he corrected himself by saying, “Not crypto but bitcoin. It’s only about bitcoin.”

Switching to Bitcoin to combat inflation

Overall, the Prince had used powerful language describing his views on Bitcoin. He argued that as long as money is in control of the states and the form of fiat currency, inflation is inevitable. He said:

“Well we need to take the money away from the state.”

Then he continued, referring to the states’ effects on inflation:

Prince Philip argued that switching to hard currencies would be the ideal solution against state-owned fiat currencies and inflation. He said:

However, traditional hard currencies like gold are not compatible with modern-day financial services. Instead, Prince Philip emphasized Bitcoin’s resemblance to hard currencies. Especially with regards to their resistance against inflation. He stated:

“With Bitcoin, you don’t have the freedom to keep printing. You have a cap of only 21 million bitcoins that are going to be produced. Therefore it’s never going to be an inflationary asset and this helps to protect people.”

The Prince continued to explain that in addition to being inflation-resistant, Bitcoin is also censorship-free and does not belong to any state. It is very fungible and easily moved around. Overall, Bitcoin provides people with individual sovereignty. He said:

“Bitcoin is freedom, and this is something I want for everyone.”

Despite the Prince of Serbia’s strong affection for Bitcoin, he is not a political influence on Serbia. Prince Philip was born and raised in the US, then moved to England. Moreover, Serbia turned to democracy in 1990 and has been known as the Republic of Serbia since.