NEO upgraded its consensus mechanism ahead of the scheduled move to NEO 3 in 2020. 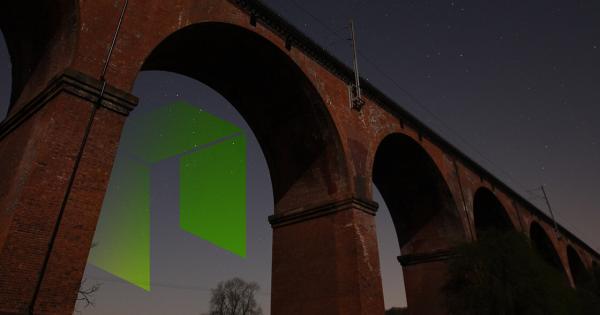 NEO upgraded its consensus mechanism ahead of the scheduled move to NEO 3.0 in 2020.

Often referred to as “Chinese Ethereum,” the project has been making moves in 2019 to increase its global footprint. NEO recently opened a U.S. office―NEO Global Development Seattle, led by former Microsoft executive John deVadoss―and hosted its second developer conference in the same city.

Part of the process of readying the NEO blockchain for version 3.0 involved updating its Byzantine Fault Tolerance (dBFT) consensus mechanism. The upgrade to 2.0 makes the algorithm more resistant to disruptions and node failures, said a representative from NEO.

Compared to proof-of-work (PoW), the consensus mechanisms used by Bitcoin and Ethereum, where blocks are solved by computers “mining” blocks, the dBFT mechanism works by using a small group of trusted servers (nodes)—currently numbering less than 10—to secure the NEO blockchain.

DBFT ensures transactions made are irreversible and that forks cannot be made to the NEO blockchain. Version 2.0 will “guarantee immediate transaction finality and includes a recovery method to help failed nodes on the NEO network get back online with minimal disruption,” according to a release from the project.

The new consensus mechanism will also make it so the NEO blockchain cannot be forked, making the system “truly irreversible.” The feature is a benefit for enterprise applications of NEO but may pose problems in the future around the decentralization and governance of the system.

According to Erik Zhang, co-founder of NEO and the protocol’s architect:

“With this improvement, dBFT will have more strict finality. Users only need to wait for one confirmation (15 seconds) to ensure the irreversibility of the transactions and prevent double-spending. This is very suitable for financial applications.”

The upgraded consensus mechanism is just one part of NEO’s roadmap to NEO 3.0, a completely new blockchain which may require users to swap their tokens ahead of the migration. However, detailed release plans are not available yet. Work on version 3.0 is ongoing and NEO’s GitHub page lists the upgrade as 62 percent complete.

At NEO’s 2019 developer conference, Da Hongfei, the co-founder NEO, said he wanted NEO to be the number one blockchain by 2020. NEO hopes 3.0 will make the blockchain ready for large-scale adoption by companies such as Alipay or WeChat.Version 3.0 is expected to launch Q2 of 2020 according to an earlier statement from the project.

Erik is the founder and a core developer of Neo, author of the dBFT consensus mechanism. Learn More