NEO announced its roadmap for the 3 version of its blockchain, which will introduce improved scalability, performance, and stability for the network. 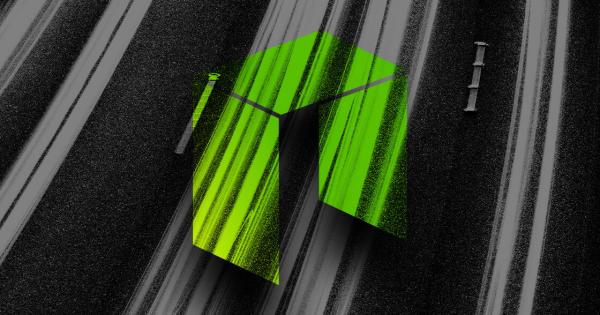 NEO announced its roadmap for the 3.0 version of its blockchain, which will introduce improved scalability, performance, and stability for the network. These features are not backward compatible and NEO will launch its 3.0 blockchain from a genesis block—compelling users to swap their tokens.

To encourage migration to the new blockchain, NEO will provide an “early adopter incentive plan,” but has yet to provide details on the plan.

As part of the migration, data and transaction records will be permanently retained and transferred from the 2.0 version. The Foundation will also reimburse projects for the costs of migrating.

NEO 3.0 is expected to launch in Q2 of 2020. However, according to the organization, NEO’s “security-focused approach” may result in several month delays of 3.0 before the official launch.

Delegated Byzantine Fault-Tolerance (dBFT) is getting an upgrade in version 3.0.

Currently, transactions and blocks in the NEO blockchain are validated by a handful of nodes selected by the organization. These nodes participate in a voting process to validate blocks, sharing some similarities to delegated proof-of-stake consensus (at the block producer level) seen in EOS and TRON and to XRP Ledger’s RPCA algorithm.

Unlike proof-of-work consensus, dBFT’s blockchain cannot be forked and transactions are irreversible, similar to XRP Ledger.

DBFT 2.0 includes an enhanced recovery mechanism that improves the stability of the NEO blockchain in case of network failures. One such failure occurred in early 2018, where NEO experienced an “outage” for two hours because of one node going offline—precisely what properly constructed consensus algorithms should protect against.

Due to the failure, NEO was lambasted and attracted criticism from industry figureheads such as Charlie Lee and Vlad Zamfir. The upgrade may represent improvements to the protocol to prevent a repeat of such an incident.

I RTed that to help make sure NEO doesn't flip LTC. ?

NEO uses two native tokens: NEO and Gas. Gas is used to pay for transaction fees and contract execution, comparable to how gas is used in Ethereum. However, where they differ is how gas is generated.

1/ NEO thread. I never paid any attention to this project because "it's a Chinese Ethereum!" just sounded so stupid for reasons I didn't even know where to begin to explain. If you, like me, ignored NEO for this reason, here's a quick recap of how hilariously bad this project is:

In Ethereum, gas and its native token ether are equivalents. In NEO, Gas is a separate token that is paid out as a divided to those holding NEO.

The new version of NEO will reduce the costs associated with using smart contracts on the platform, expanding the range of viable DApps and encouraging greater use of the platform. Until 3.0 is launched, the NEO Foundation will also subsidize the cost of using its blockchain by providing grants to projects developing on NEO.

At a high level, oracles allow a blockchain to interact with the outside world. An oracle is a source of data linked to a blockchain that verifies real-world occurrences that are used by smart contracts.

In 3.0 the platform will introduce built-in features for integrating oracles, allowing smart contracts to pull data from the internet for more sophisticated and scenario-specific DApps. Some example of DApps that leverage oracles are decentralized insurance pools, gambling on event outcomes like elections or horse races, and some prediction markets.

One concern about NEO from crypto-enthusiasts is the centralization of the protocol. NEO has less than 10 active nodes and holds 50 percent of the token supply split between the different NEO-related entities. Consequently, the failure of one of these organizations or the departure of one of the high-level executives in the project—such as CEO Da Hongfei or CTO Erik Zhang—could result in major setbacks for the NEO project.

In an interview with CryptoSlate, Da Hongfei acknowledged the centralization of the project. However, he deemed it a competitive advantage over other protocols such as Ethereum, EOS, and TRON, because it allows NEO to focus on development rather than get bogged down by governance.

Over time, Hongfei asserted, NEO will decentralize its platform over time once a strong foundation is built. As part of that plan, NEO said in its roadmap announcement that it is researching different on-chain governance strategies, including liquid democracy and futarchy. The organization will publish its findings if “satisfying outcomes are achieved after extensive research and simulation.”

Until then, NEO will continue to proceed as a relatively centralized ecosystem.

It’s still unclear how useable these services are compared to focused startups operating in these niches. Decentralized file storage and identity are both problems that standalone crypto companies are attempting to crack—with mixed results. That said, native applications on NEO may serve to strengthen its ecosystem, or divert resources from the core development.

Overall, it seems the NEO ecosystem is making major strides towards improving its platform and competing with other smart contract protocols such as Ethereum, EOS, and TRON. Version 3.0 represents another step towards NEO’s mission of creating the “smart economy.”

NEO Ramps Up U.S. Operations with 2019 DevCon Held in Seattle

Recently, NEO has noticeably increased its activity in the United States.