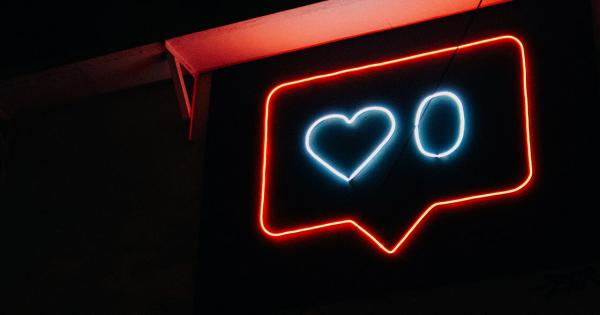 Scammers impersonating high-profile figures in the crypto industry have been rampant on Twitter for years but recently began migrating to Instagram as well. Litecoin founder Charlie Lee has been battling with an impersonator on Instagram for months, while Gemini founder Cameron Winklevoss barely managed to shut down a similar scam on the platform.

For the past 10 years, scams have almost become synonymous with crypto. From lowly Ponzi schemes to high-profile exit scams conducted by major exchanges, the crypto industry has seen its fair share of crooked deals and sucker games.

But, despite the hundreds of millions of dollars lost this way, one of the most lucrative and easiest ways to get crypto rich is still the textbook impersonation scam. As Twitter has always been the go-to platform for crypto dialogue, where first-time traders had a voice equally as loud as a founder of a multi-billion dollar company, impersonation scams thrived there.

Vitalik Buterin, the co-founder of Ethereum, and Tesla’s own Elon Musk seemed to be the two favorite targets for scammers—fake verified accounts impersonating the two raked in a considerable amount of money in the few days they managed to stay online.

However, as Twitter became more saturated with this kind of fraud, the users on the platform became more diligent and began flagging fake accounts.

To combat the lack of gullible users willing to interact and ultimately invest in these frauds, scammers began migrating to Instagram.

With crypto content being relatively new on Instagram, scammers saw an opportunity to impersonate high-profile figures from the crypto industry. One of the first people whose fake accounts popped up on the platform was Charlie Lee, the founder of Litecoin.

Lee said that an account by the name of satoshi.ltc has been impersonating him for months. The fake account, which Lee said has scammed people, wasn’t the only one. However, Lee noted that Instagram hasn’t done anything to solve the problem and has even blocked Lee’s own account for impersonation. 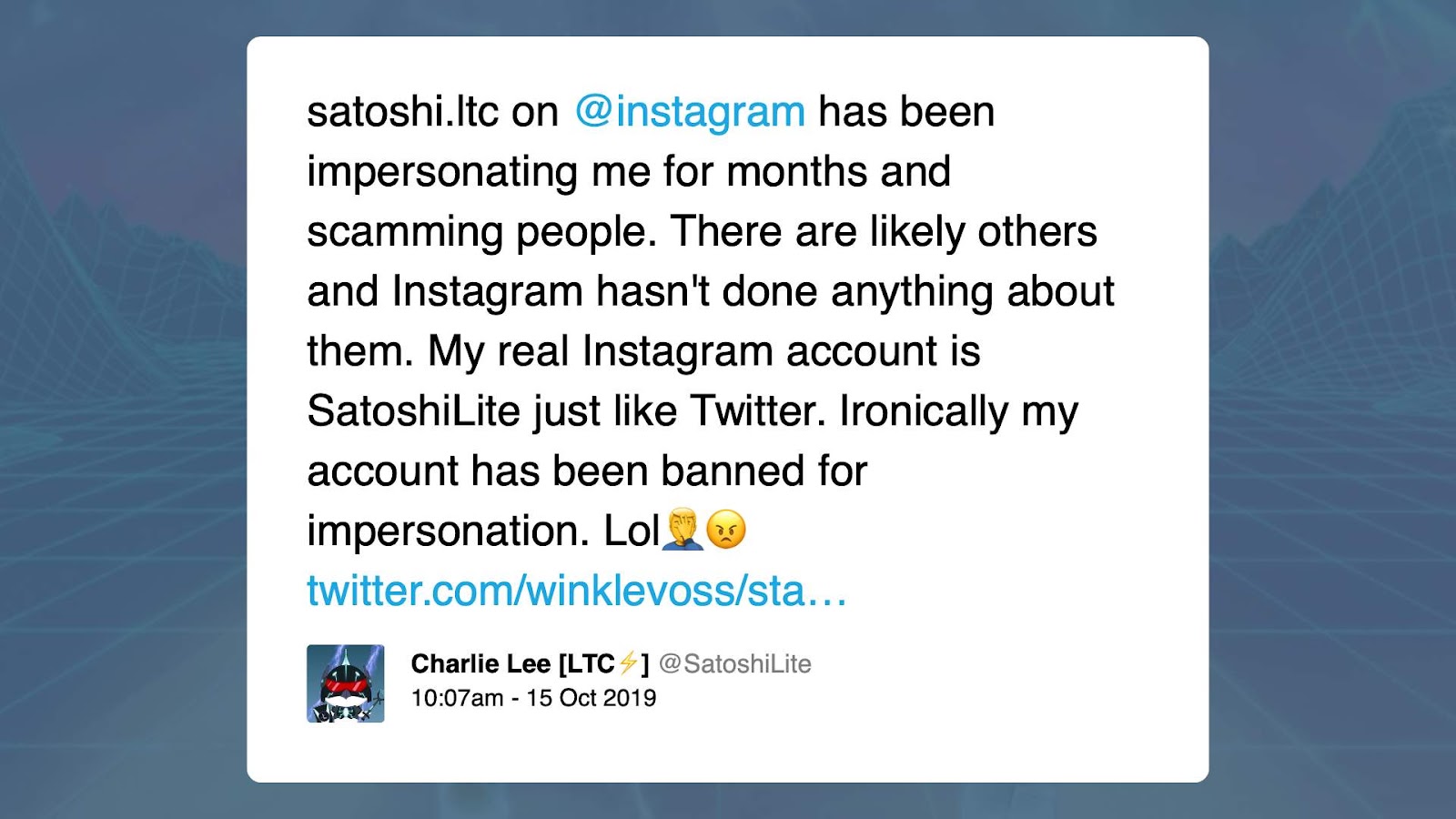 Cameron Winklevoss, the co-founder of crypto exchange Gemini, experienced the same problem. Winklevoss said that an account impersonating him has been running a “crypto scam” for days on Instagram, despite numerous reports and flags. He reached out to the official Instagram handle on Twitter, asking for help with solving the issue. 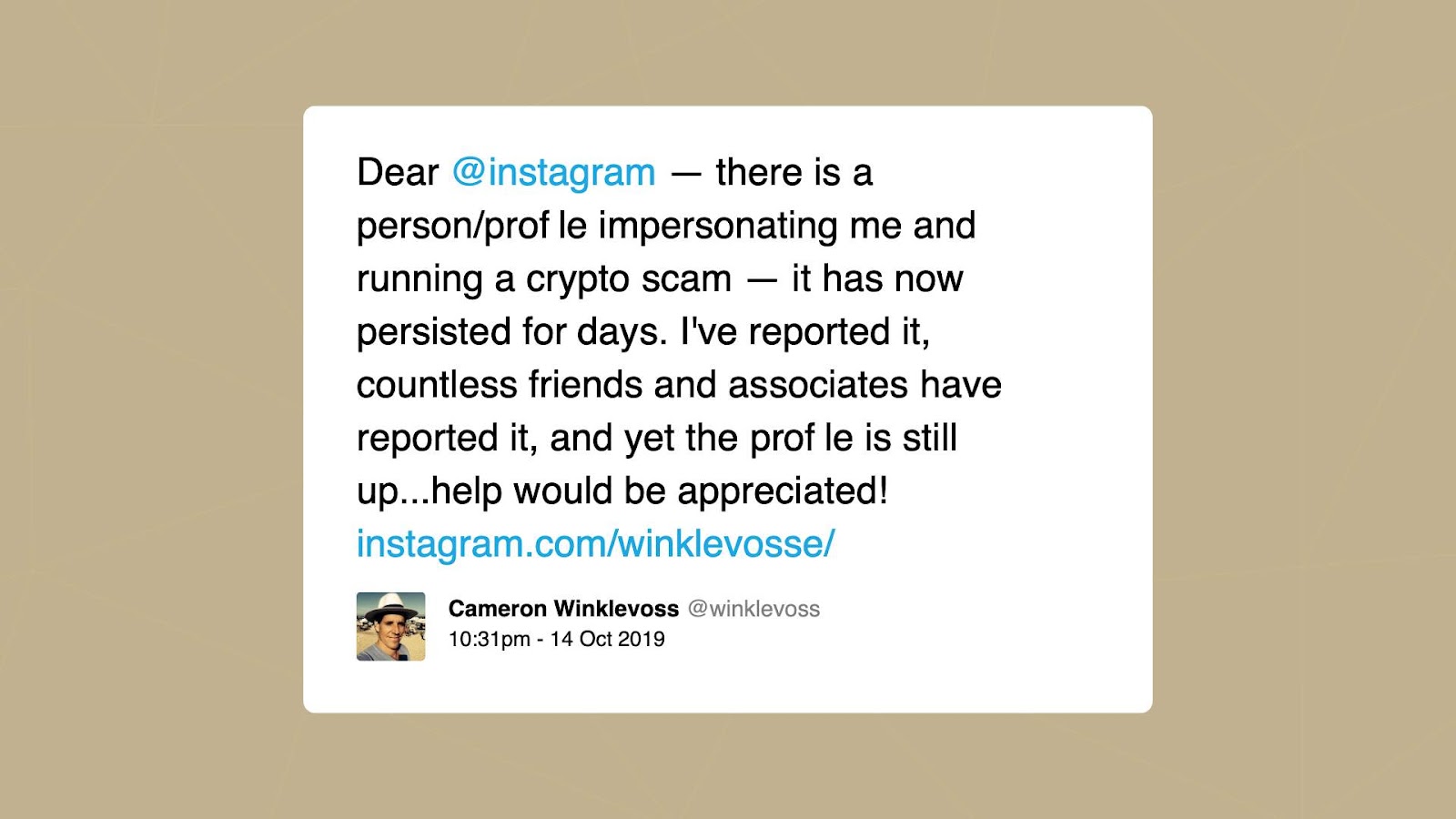 Winklevoss and his twin brother famously sued Mark Zuckerberg in 2004 for stealing their idea to create Facebook, which later went on to buy Instagram.

While some Twitter users saw the fun in Winklevoss reaching out to the company Zuckerberg owns for help, others saw this as a serious issue that needed to be addressed. The lack of reaction from Instagram when it comes to dealing with crypto scams showed that the platform didn’t take the safety of its users seriously, many argued.

Both Lee’s and Winklevoss’ impersonators have since been removed from Instagram, but the lack of crypto presence there still makes the platform perfect for scams like these.

The latest wave of giveaway scams has returned to Twitter and new suckers are entering the cryptocurrency sphere.

Receiving Bitcoin investment related emails could cause a Windows clipboard hijacker to be installed on your computer, researchers warn.

An apparently bogus Vitalik Buterin Instagram account with more than 24,000 followers has captured 37 Ether and counting in what appears to be a textbook example of one of the Ethereum co-founder’s bemoaned “giveaway” scams.