Korean prosecutors have obtained a private conversation where Do Kwon ordered LUNA's price to be manipulated. 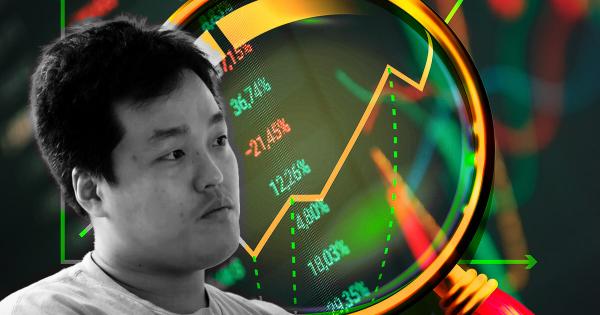 Citing the local news sources, FatManTerra said the prosecutors obtained a private conversation between Kwon and one of his employees, where Kwon ordered LUNA’s market price to be manipulated.

Even though prosecutors didn’t disclose further details, a spokesperson from the prosecutor’s office said:

“I can’t reveal the details, but it was a conversation history where CEO Kwon specifically ordered price manipulation.”

They also found that Kwon was currently residing in Europe. This also means that Kwon is an illegal immigrant there since the Korean government invalidated his passport in late October.

Latest updates to the case

In October, Korean officials located and arrested Terraform Labs‘ Head of General Affairs, Yoo Mo, for deceiving the community by faking market data. Mo’s arrest warrant was issued on Oct. 5, and he got arrested on Oct. 6. Considering his close relationship with Kwon, Korean officials considered him a key actor in the Terra-Luna investigation.

However, Mo’s arrest didn’t last longer than 24 hours, as a Korean District Court dismissed Mo’s arrest warrant on Oct. 6. The Judge concluded that Mo might not have violated the Capital Market Act by manipulating the LUNA price since Korean law did not classify the LUNA token as a security.

Korean prosecutors didn’t disclose whether Kwon was talking to Mo in the private conversation obtained on Nov. 3.

Do Kwon was interviewed on Oct. 18, where he repeated the Judge’s decision on Mo’s arrest warrant. Kwon said that the fraud charges against him are outside the scope of Korea’s Capital Markets Act and therefore are invalid.

“The consistent stance from Korean governments has been, and even from the Financial Services Commission directly, that cryptocurrencies are not securities… And it is not within the ambit of their jurisdiction to regulate cryptocurrency for that reason.”