During his second interview post Terra crash, Do Kwon said fraud charges against him are outside of the scope of South Korea's Capital Markets Act, therefore invalid. 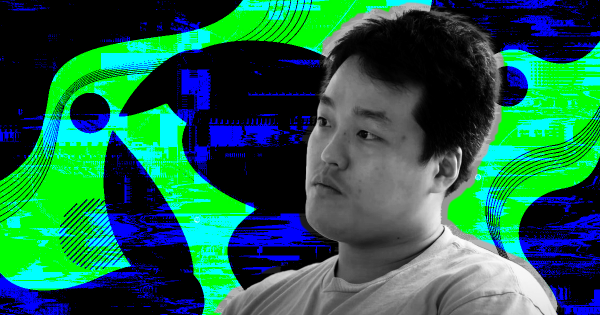 Terraform Labs co-founder Do Kwon does his second interview since the Terra ecosystem implosion. The incident left a $60 billion black hole and sparked a chain of events that further tarnished the cryptocurrency industry.

Since then, multiple rumors of foul play have been floated, including allegations that Do Kwon siphoned tens of millions of dollars each month before the collapse and used shell companies to launder stolen user funds.

However, Do Kwon has always insisted this was a case of betting big and losing rather than a grand conspiracy to defraud investors.

Host Laura Shin of the Unchained Podcast said her goal for the interview was to remain impartial in an attempt to uncover new information.

“I approached the interview with an open mind whether Terra had been a fraud or not. Meaning I tried to keep an open mind to both possibilities.”

Unlike Do Kwon’s first interview with Coinage, which was widely labeled a PR stunt, Shin asked tough questions and probed some of the responses.

Terra co-founder says the charges against him are illegitimate

The near one and a half hour interview covered numerous questions, including Do Kwon’s take on the red notice for extradition to South Korea, his “arrogance” on social media before the collapse, and his message to investors.

On the matter of voluntarily returning to South Korea to face fraud charges under the country’s Capital Markets Act (CMA,) Do Kwon said because cryptocurrencies are not classed as securities, he has interpreted the matter as outside the remit of authorities. He said:

“The consistent stance from Korean governments has been, and even from the Financial Services Commission directly, that cryptocurrencies are not securities… And it is not within the ambit of their jurisdiction to regulate cryptocurrency for that reason.”

Do Kwon added that he was disappointed regulators were attempting to create new regulations through criminal enforcement proceedings.

Probing further, Shin flat-out asked Do Kwon if he disagreed with the arrest warrant and found the charges illegitimate. In response, the project co-founder said he did not receive a copy of the arrest warrant. Shin shut down this statement, pointing out that a pdf copy was made available to him.

Kwon then clarified that he did not read the pdf, reiterating his previous comments that cryptocurrencies fall outside the purview of the CMA.

“We don’t think any of the charges pertaining to the CMA is applicable because the government stance has been that cryptocurrencies shouldn’t be governed by the CMA, that they are not securities…we don’t believe those are legitimate charges and are politically motivated.”

Do Kwon did not confirm or deny residing in Singapore at present because of fear for his safety and being unable to live a normal life. He refused to disclose his current whereabouts under further questioning.

Before the Terra ecosystem collapsed, things were going well, with Terra USD leapfrogging Binance USD to become the third-largest stablecoin, Do Kwon often gave cocky interviews. Shin referred to this as Do Kwon’s “entertaining alter ego.”

On whether he regrets his “cocky tone during that time,” Do Kwon said he was caught up in sh*t posting. However, in hindsight, he laments the image he portrayed at the time.

“I got too much carried away with interacting with other people on Crypto Twitter. So the industry lingo for this is called sh*t posting. In retrospect, I think I should have held myself to more stringent standard.”

He said, and blamed a degree of the cockiness on those he interacted with online, saying he matched their energy.

Do Kwon painted himself as an introvert who is somewhat reclusive, but as Terra grew and users wanted communication with the team, he saw social media as a fun and entertaining way to engage with the community.

Broaching the human tragedy that came from the collapse, including users committing suicide, Shin asked Do Kwon to give a message to Terra users.

Giving a deep sigh and a long pause, Do Kwon implied the cause of the problem was down to protocol design weaknesses rather than a rug pull. Nonetheless, he said he shoulders the full responsibility for the collapse.

On accepting the blame, he said, “it’s not easy to live with” the financial, emotional, and economic damage that happened.

Shin said an apology to users was not offered, to which Do Kwon said he was sorry. Do Kwon reportedly located in Serbia