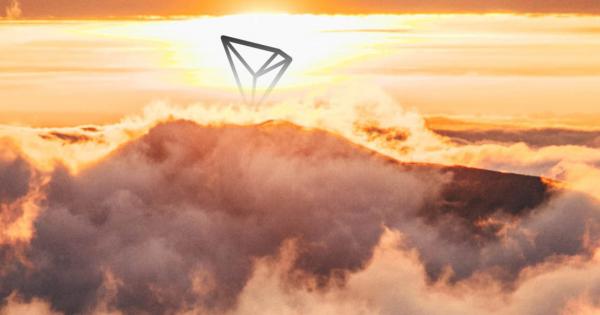 Justin Sun, the founder and CEO of blockchain DApp platform Tron, revealed the company’s plans for the Sun Network, Tron’s second layer scalability solution. The network’s testnet will reportedly launch in the second half of May and will improve the Tron network’s transaction capacity and overall scalability.

Tron, one of the most heavily marketed blockchain platforms in the world, has announced a new second-layer solution for its blockchain. The company’s founder and CEO, Justin Sun, has been very active on social media promoting everything from cryptocurrency airdrops to dozens of new projects launched or acquired by Tron.

At the beginning of April, Sun revealed that the company was working on the Sun Network, a second layer solution that could reportedly help the Tron network achieve 100 times more scalability.

#TRON will release the detail of #Sun Network soon! #SUNNetwork is our layer 2 solution to achieve 100X scalability. #TRON’s dapp usage is poised to scale from the current millions to hundreds of millions after launch. GO #TRX and #BTT! #BitTorrent #BTT #TRX

And now, just a week after releasing a teaser about the launch, Sun revealed the launch date for the network, as well as the project’s expansion plans.

According to Tron’s Medium post, the first of the three phases of DApp Chain, the company’s new customizable way to run DApps, will be the testnet. The launch of the testnet is scheduled for May 30th and will focus on supporting sidechain smart contracts.

Once phase one of the DApp sidechain expansion project is complete, Tron plans on launching its mainnet. In this phase, the company will integrate the cross-chain infrastructure, DApp sidechains and various other expansion products. The mainnet launch is expected to happen on Aug. 10th.

The mainnet, in its original form, will be available in just over a month when phase three of the expansion is supposed to take place. On Sep. 15th, Tron will start working on optimizing the network. The company plans on using the foundations of phase 1 and 2 to improve the toolset, improve the ease of use, and enable easy deployment and rapid integration of sidechains.

In the meantime, the Sun Network will “closely follow the industry’s cutting edge development” in order to further develop Tron’s ecosystem. While few details were provided on what that development will actually be, the crypto community is expecting major progress from Tron.

During The Crypto Chick podcast, Justin Sun also hinted that a collaboration between the Tron ecosystem and Ethereum could happen later this year.

A Tron-based version of Tether (USDT), a stablecoin, is also set to launch on Apr. 9th, Sun revealed, saying that it will allow cheaper and faster transactions than USDT’s current Bitcoin-based Omni protocol.

Based on Tron’s promotional material it seems that the company is making solid progress towards greater utility for its platform.

The TRON Foundation has partnered with Tether to introduce Tether’s USDT on the TRON Network, making the popular stablecoin accessible to TRON’s userbase.

TRON has signaled its intention to collaborate with Japan’s regulators as it attempts to expand into the world’s third-largest economy.

With Ethereum (ETH) retreating from all-time highs and settling between $100 and $150, some are suggesting the world’s second largest crypto is losing momentum.

Justin Sun, the founder of TRON and current CEO of BitTorrent, is planning a $20 million cash airdrop and a Tesla giveaway.