Justin Sun, the founder of TRON and current CEO of BitTorrent, is planning a $20 million cash airdrop and a Tesla giveaway. 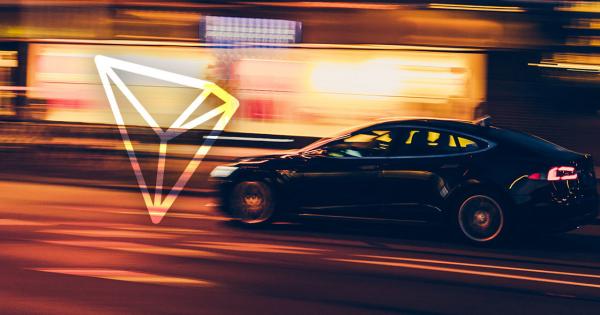 Justin Sun, the founder of TRON and current CEO of BitTorrent, is planning a $20 million cash airdrop and a Tesla giveaway. While cash airdrops are generally well received by the crypto community, many have raised questions about the fiscal responsibility of the move.

The tech entrepreneur recently took to Twitter to express his excitement about TRON’s successful BitTorrent acquisition and partnership with Tether to launch a TRON based stablecoin.

To celebrate #BTT & #USDT–#TRON success, I am planning a $20m free cash airdrop. Good news-it's coming, bad news-I may decide to give away more! First, I will randomly pick 1 winner for a #Tesla up until 3/27! To apply, follow me and RT this tweet! Simple! #Blockchain pic.twitter.com/wFyzwtB3ur

Justin Sun, a rising star in the crypto industry, has ambitious plans in store to make his company a “household name.” The crypto entrepreneur took to Twitter on Mar. 12th to announce that he will be hosting a $20 million airdrop.

“To celebrate BitTorrent Token & Tether—TRON success, I am planning a USD 20 million free cash airdrop. Good news— it’s coming, bad news—I may decide to give away more!”, Sun wrote on his Twitter account.

Apart from the $20 million, Sun will also be giving away a free Tesla to his followers.

To be eligible both for the airdrop and the Tesla giveaway, Sun is asking people to retweet his post and follow him by Mar. 27th. The incredible attention Sun’s announcement got on Twitter could drastically increase his Twitter following, which currently stands at over 972,000.

Sun, a Chinese native, also warned that he might decide to give away more money. However, despite his eagerness to share some of this company’s success, Sun failed to provide any details on how the $20 million would be distributed.

Nevertheless, his tweet has gotten more than 41,000 retweets at press time, with many crypto investors and small-time traders genuinely excited about Sun’s gesture.

It’s just a matter of time before Sun surpasses 1 million followers on Twitter. His aggressive advertising, which includes sponsoring tweets and promoting his profile, has helped him create an astounding following in a very short period of time. Sun even took a jab at Vitalik Buterin, the co-founder of Ethereum—TRON’s main competitor—saying it took Buterin six years to build what TRON managed to do in months.

And while Sun’s tactics will make him one of the most recognizable personas on Twitter, many have raised the questions whether his generous giveaways are actually harming his company. TRX airdrops have proven to be a huge success among his customers and have helped increase the number of coins actively circulating in the market.

However, flushing out tens of millions of fiat currency out of the company would deprive TRON of the liquidity it needs to sustain its ambitious growth plan.

While the rest of the crypto industry is eagerly waiting to see who will be the next winner of Sun’s luxurious gifts, we will be keeping a close eye on how being $20 million short in cash will impact the company in the long run.