Justin Sun is allegedly being held by Chinese authorities [UPDATED]

According to a report by Caixin, a Chinese media outlet, the CEO and founder of TRON Justin Sun is under border control for accusations that have yet to be confirmed. 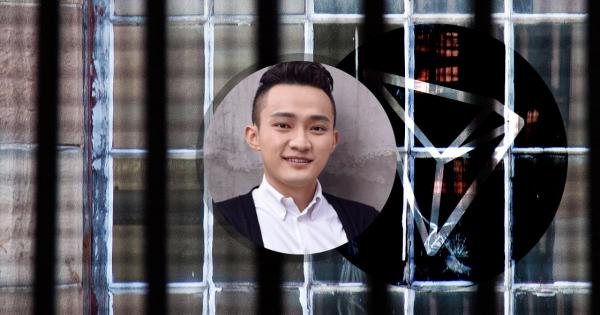 According to a report by Caixin, a Chinese media outlet, the CEO and founder of TRON Justin Sun is under border control for accusations that have yet to be confirmed.

Update @ 11:39 am Pacific time: Justin Sun has confirmed via Twitter he is now in San Francisco.

Bay bridge is beautiful. Me and our comms guy AKA bodyguard. #TRON pic.twitter.com/ujj2FEkN3K

The 21st Century Business Herald published an article earlier today claiming that Sun had been accused of alleged pornography-related transactions in his Peiwo account, fundraising, and gambling in mainland China.

Since then, the young entrepreneur denied all the accusations made by the 21st Century Business Herald via his Weibo account.

“The illegal fundraise accusation is wrong. Tron complied with regulators and refunded investors on Sept. 20 in 2017, immediately after the order [of a ban on initial coin offerings] from seven ministries in China,” Sun stated. “The Tron foundation is based in Singapore in compliance with local regulations and laws and does not involve any flow of capital, or any crypto or fiat currency onramp.”

Sun also commented that Peiwo collaborates with regulators and implements KYC and AML laws to ensure positive content and that the TRON Foundation opposes the unlawful use of its protocol in regards to the gambling attributions.

Despite refusing all the allegations, Sun did not comment on his whereabouts, but mentioned that he is “all safe” and that the recent report by Caixin was also “completely untrue.” Sun promised to meet the outside world once his health condition recovers.

It is worth noting that over the years, Caixin has been proved to be a very reliable source on reporting crypto-related news in China. It has a strong background and was one of the first sources reporting the previous PBoC exchange crackdowns and ICO ban.

Over the last 24hrs, TRON market valuation plummeted over 20 percent which could be linked to the TRON Foundation announced that the lunch with Warren Buffett will be postponed and the news coming from the different Chinese media outlets.