JavaScript creator admits he created a monster, he plans to fix it using Brave (BAT) 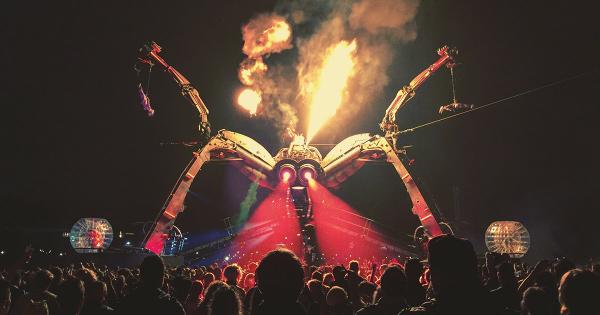 Photo by Joe Green on Unsplash

With only about 20 percent of its users utilizing its BAT rewards program, the team behind the privacy-centric Brave web browser is set on getting the word about cryptocurrencies to more of its users. In an interview with Binance’s CEO Changpeng Zhao, Brave’s CEO Brendan Eich said that growing and improving the browser’s rewards program as well as Brave’s tracking protection will eventually attract more users to BAT and other cryptocurrencies.

Brave turning the online advertising model on its head

Very few companies have managed to achieve growth as consistent as Brave has. The privacy-protecting browser has seen almost every one of its metrics go up in the past year, entering the month of May with 13.8 million users.

In an interview with Changpeng Zhao, the CEO of Binance, one of Brave’s founders discussed the browser’s value proposition, its plans for the future, and the overall outlook on the crypto industry.

Brendan Eich, the creator of JavaScript and one of the creators of Mozilla Firefox, said that Brave was created as a response to the increased lack of privacy online. Eich told Zhao that by creating JavaScript, one of the most popular programming languages in the world, he essentially created a “monster” that’s used for online tracking and in some cases even malware.

And while Brave does combat these issues, it’s much more than a privacy-preserving tool—Eich said that it was created to turn the current online advertising model “on its head.”

And it’s off to a great start—Brave’s Reward program currently has over 630,000 registered publishers and enables users to earn its native cryptocurrency, the Basic Attention Token (BAT) while viewing ads without being tracked.

Zhao said that Brave’s 13.8 million users represent the most active user base in the crypto market, highlighting the potential of such a service.

However, despite its potential, Brave’s cryptocurrency features are currently being under-utilized. Eich said that Brave has seen only around 1.7 million active wallets in the past 30 days, which is just over 12 percent of its total number of users.

This comes down to the fact that Brave doesn’t force its users to participate in the Brave Rewards program, Eich explained. What the company wants to do instead is have customers organically adopt the feature by making it faster, safer, and more convenient to use.

The only active effort the company makes to attract new users is through its affiliate program, where creators from platforms such as YouTube, Twitch, etc. are incentivized to bring their viewers over to Brave. This, Eich said, is good both for the creators and the company, as creators get paid around $7 for referring new users.

Those same users can then benefit from Brave’s tracking protection, rewards program, and various other features.

Zhao’s interview with Eich came as a celebration of the launch of one of such features—the Binance widget. The widget is the first exchange-browser integration of its kind, allowing users to trade and manage cryptocurrencies without leaving the browser. Eich said that OAuth API was protecting the connection to Binance, and the native code it was built upon makes sure that nothing in the new tab page, where the widget is located, can attack the widget.

Zhao said that having a widget within the browser actually makes it safer to use Binance, as it prevents phishing attacks that have now become common in the industry.

We are yet to see how much the widget will actually get utilized. As the mobile version of the widget won’t be released until later this year, Brave will focus on improving the desktop version and making it easier to use. Zhao said that Binance will participate in the effort and try to add support for other cryptocurrencies.

Now counting over 120 employees, Brave has set a rapid pace for development this year with a 3-week release cadence for Chromium updates and a slew of new features to be released throughout the year.

In a Reddit AMA, the co-founders of Brave said that the battle for privacy was an arms race they can win thanks to the company’s ability to innovate quickly.

BAT developer reveals why the project chose Ethereum over Bitcoin

Basic Attention Token (BAT), the cryptocurrency powering the wildly popular Brave browser, was initially issued on Bitcoin before switching to Ethereum, a project developer revealed on May 4.