Iran’s Public Relations and Information Center for the Vice Presidency for Science and Technology suggest interest in blockchain by encouraging improvements to “the infrastructure of blockchain technology with the help of [the] government and private sector.” This latest move indicates Iran is keen on joining other nations in getting a jump on the potential benefits […] 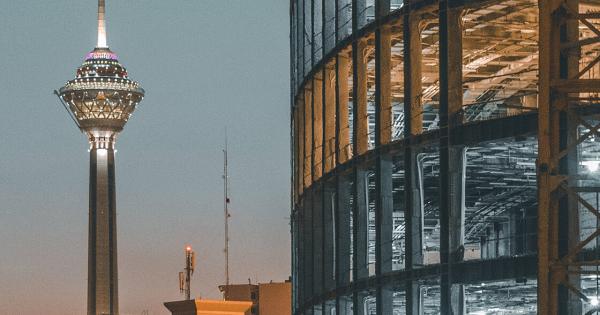 Iran’s Public Relations and Information Center for the Vice Presidency for Science and Technology suggest interest in blockchain by encouraging improvements to “the infrastructure of blockchain technology with the help of [the] government and private sector.” This latest move indicates Iran is keen on joining other nations in getting a jump on the potential benefits of blockchain technology.

On Dec. 16, the Tehran Times reported the head of the Management Development Department, Alireza Daliri, expressed the need for utilization and development, explaining the benefits of secure ledgers based on “strong cryptography.” Daliri is a proponent of technology-based companies and capital market development, and the “application of capabilities of these companies,” with a goal of growing the knowledge-based economy.

From the Vice Presidency of Science and Technology website, Daliri outlines their objective:

Despite understandable concerns of the new technology, Daliri, according to the report, thinks the potential for beneficial use outweighs the “damages,” for example, cutting down on bureaucratic inefficiencies within government agencies.

Dalari also expressed interest in working with other governments:

“[Iran] should coordinate with other countries in the world in terms of new technologies, with an emphasis on the government’s ability to facilitate activities of the private sector.”

The article points out the importance of other countries making advances in blockchain adoption and development, specifically, the latest E.U. Blockchain Forum report, which outlines the necessity for blockchain development and implementation of “digital versions of national currencies,” pointing out the “key inherent properties” of blockchain security. Although government-issued cryptocurrency is a different beast, the interest in blockchain use is a step towards mainstream acceptance.

In August, Forbes reported the Iranian regime announced plans to create a national cryptocurrency with the intent of sidestepping U.S. sanctions reimposed by the Trump administration earlier this year. The coverage contrasts the benefits Dalari mentions by suggesting Iran is taking steps to avoid sanctions—in coordination with Russia—utilizing decentralization inherent in the technology to circumvent the U.S. trade embargo. In effect, the move could add skepticism about Iran’s intent for adopting the new technology:

“Ironically, this authoritarian embrace of blockchain technology conflicts with the ideals of libertarianism and censorship-resistance supported by many cryptocurrency enthusiasts.”

Iranian officials, in line with Venezuela, have also been preventing the exchange of Bitcoin and other cryptocurrencies in an effort to thwart adoption of international, decentralized currency, with the intent of forcing citizens to use a government-issued crypto instead. Again, this defeats some of the common ideology behind blockchain. Additionally, the concerns over sanction violations and government meddling have an impact. Some speculate cryptocurrency exchanges are taking notice of potential asset seizure, and, consequently, are avoiding business in Iran.

Future of Blockchain in Iran

Iran notoriously continues to shun Western ideology—in addition to the worrisome pursuit of nuclear weapons. However, the implementation of blockchain technology for social and economic improvements may be a positive step forward.

UAE Government Accepts Cryptocurrencies as Securities, to Legalize ICOs in 2019