With all the hype and money pouring into the blockchain and cryptocurrency market, it’s important to recognize how young the industry is. 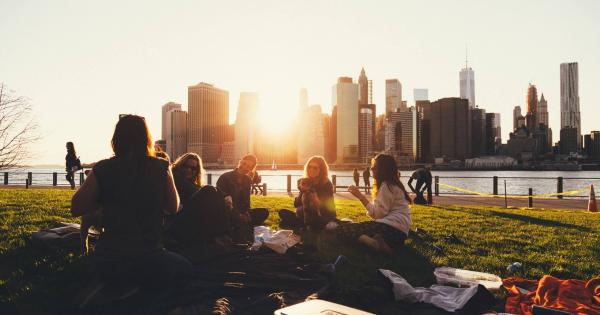 Photo by Ben Duchac on Unsplash

With all the hype and money pouring into the blockchain and cryptocurrency market, it’s important to recognize how young the industry is. Consumer adoption has not been achieved and most projects are yet to be live. Much is promised by blockchain startups and often with little to show at this point.

At the end of 2017, Ethereum creator, Vitalik Buterin, questioned whether the cryptocurrency market cap of $500 billion (at the time) was warranted.

So total cryptocoin market cap just hit $0.5T today. But have we *earned* it?

While the concern may be unwelcome by investors eager to strike it rich, there’s no doubt speculation has led to high expectations and inflated valuations. As of now, blockchain and decentralized applications (dApps) have little real-world usage. Although dApps have a lot to offer, when it comes to user experience, they are yet to compete with centralized applications.

For dApps and blockchain to be adopted, they need to provide a user experience familiar to what consumers already use. In turn, here are five steps for consumer adoption.

Using Venmo to transfer money is simple. There’s a wallet, username, and a fun but optional social feature. While most people become comfortable using MyEtherWallet or MetaMask, there’s always a slight worry that the address is incorrect or the transaction fee is inaccurate.

An easy wallet interface should have usernames instead of a long string of characters– which Ethereum Name Service is attempting for Ethereum. Gas should be calculated by the wallet and give the user choices such as slow (lower fee) transaction or fast (higher fee) transaction. Wallets should also be mobile friendly so users can easily send cryptocurrency wherever they are.

Transaction fees are a barrier that consumers often will not accept. Requiring users to pay for the gas when calling a dApp functional is not a recipe for adoption. Consumers may accept fees when sending money, paying a few cents is small compared to the amount credit card companies charge on transactions (even though consumers never see it). However, many dApp functions will not be payments; this presents a problem.

There are options to make it simpler for users such as “free” transactions. Users won’t directly pay the miners or validators, instead, miners/validators get paid through inflation (see EOS). Another option is to have developers of the dApp pay the transaction fees. The user could then provide transaction data off-chain to the developer’s server to send the transaction to the network (more info here).

Neither of these methods is ideal, but they’re both better than the current system. While transaction fees may never be eliminated, reducing them to virtually free makes it more acceptable to users. This is possible through scaling solutions.

Perhaps the most talked about topic in blockchain is scalability. Whether it’s the lightning network, sharding, plasma, or any other method, scalability is a fundamental step to adoption. Transactions must be nearly instant and very cheap and scaling fulfills both of those goals.

Transactions become much cheaper with scaling for different reasons depending on the solution. For example, with the Lightning Network (payment channels), transactions become essentially free since nothing is recorded on chain except for the creation of the channel and settlement.

Scaling brings more throughput which leads to faster transactions. With Bitcoin struggling to break single digits and Ethereum processing around fifteen transactions per second, both networks often get congested. Consumers are not willing to wait a few minutes or even 30 seconds for their transaction to go through so dApps must be responsive and occur in seconds.

The world has observed the volatility of Bitcoin. In fact, the whole cryptocurrency market is volatile which means cryptocurrencies are not yet effective. Transacting in Bitcoin means either the user pays too much if Bitcoin price increases or the merchant loses money if it decreases.

DApps need robust front ends for user interaction. The goal should be that users experience the benefits of blockchain without having to know everything about it. Integrating wallets into applications is crucial and will allow users to transact directly from their phone.

Adoption is largely about user experience. Until decentralized versions of centralized applications compete on user experience, it will have difficulty gaining adoption. Building front ends that are responsive and secure needs to be a top priority.

The five aforementioned items could help drive consumer adoption and fulfill the promise of blockchain technology. With billions of dollars backing blockchain projects, money is not holding the space back, it’s time to bring blockchain mainstream.