Coinbase announced on Tuesday, March 14th that it has received an e-money license from the UK Financial Conduct Authority (FCA). 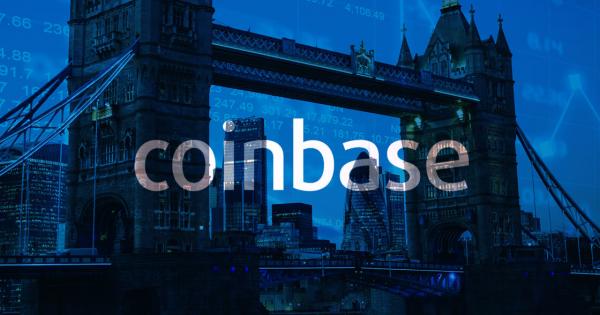 Photo by Susan Yin on Unsplash

Coinbase announced on Tuesday, March 14th that it has received an e-money license from the UK Financial Conduct Authority (FCA). It will be effective for all existing users from March 21st, 2018.

CEO of Coinbase UK, Zeeshan Feroz made the announcement via his blog on Tuesday. The E-Money license means that users will now be able to store their e-money on the Coinbase platform, meaning that they have a wider range of payment services at their fingertips.

The license will also allow them to develop new products and services which they believe will: “enhance your experience and ideally open new possibilities through additional partnerships and improvements in our platform.”

The license is only for fiat activities

The license is only applicable to Coinbase’s fiat activities. Unfortunately, cryptocurrency dealings are not included, however, its a positive sign for the crypto community that one of Europes biggest digital money platforms was able to secure the license.

The e-money license applies to the UK as well as 23 countries within the European Union, and means that Coinbase can “issue e-money and provide payment services in the UK.”

CEO of Coinbase Zeeshan Feroz said in his blog:

“Since we began offering our services to European users in 2014, we have seen the crypto space grow significantly. The EU grew twice as fast as any of our other markets in 2017, and the UK continues to be our largest market here. In order to meet this increasing demand, we plan to grow our London team.”

The question remains about what will happen if Britain doesn’t retain its passporting rights after Brexit happens. In 2017, the European crypto sector reportedly grew twice as fast as any of Coinbase’s other markets. This means that if Britain does lose its passport rights that Coinbase will most likely open a new office in the EU, they will also have to get a second license to operate.

“The UK is a huge market for us, Brexit or no Brexit. We’ve got access to a type of talent pool you can’t really get anywhere else besides the UK in Europe. We certainly intend to invest significantly in the UK office and the headquarters here.”

Coinbase also opened up a bank account on Wednesday in the UK with Barclays. They have said that this will make it easier for British customers to use their products. They are also joining the UK’s Faster Payments Scheme, this will be for their UK client base, and will simplify the process of topping up and withdrawing money.

Feroz wrote in his blog:

“U.K. customers will benefit from faster, safer and seamless bank transfers. We will start with a pilot, giving a small number of institutional users access to Faster Payments. In the coming weeks, we will begin rolling out to all U.K. customers, making the Coinbase experience increasingly easier.”

Coinbase is making a push into Europe and the United Kingdom as the market continues to grow. They are also looking to expand their London team, to meet the current demand they are facing.