Huobi, one of the world’s largest crypto exchanges by market cap, is now running a Chainlink (LINK) node on its Wallet service, the firms announced in a release Thursday. 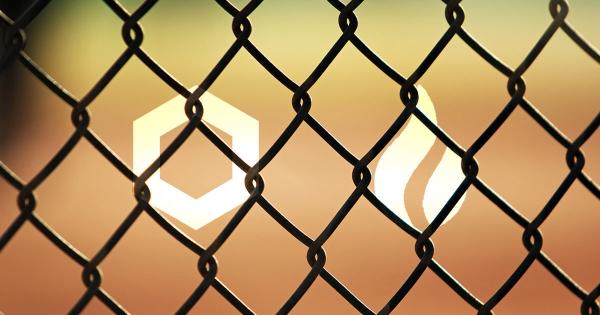 Huobi, one of the world’s largest crypto exchanges by market cap, is now running a Chainlink (LINK) node on its Wallet service, the firms announced in a release Thursday.

Additionally, the exchange is making all its exchange data available on Chainlink’s smart contracts — which developers and applications can access via oracles.

In the release, Huobi said it was leveraging Chainlink’s external adapters to make the exchange API available to smart contracts, allowing developers to access price data from Huobi Global, which started in 2013.

One of the world’s top cryptocurrency exchanges @HuobiGlobal is making its exchange data available to smart contracts through the #Chainlink Network. Additionally, @HuobiWallet is currently running a live Chainlink Node.

The first of such price pairs will be BTC/ETH, BTC/USDT, ETH/USDT, and LINK/ETH. Other crypto pairs will be rolled out in the coming weeks.

Price feeds help developers and DeFi applications access to a reputed source of exchange data. All such bridges will be enabled via Chainlink oracles, the firm’s decentralized data feed service that operates off-chain.

The release said Huobi brings its expertise and experience in running secure infrastructure to the Chainlink Network and shall decentralize the process to make oracles faster and more accessible.

While several oracles are offered on the market. Chainlink’s emerged as a market leader, powering several projects with real-world verifiable data. As per CryptoSlate’s extensive reporting on the subject, Chainlink feeds are used by betting pools, games, exchanges, and even golf games.

An eye on DeFi

The partnership capitalizes on the ongoing DeFi frenzy. Huobi said the development creates an external adapter for the Huobi Global Exchange API, meaning any Chainlink node can leverage the adapter to gain access to price data.

This allows DeFi projects to access prices, which in turn, can be used to build products for lending, borrowing, derivatives, and others, the firm noted.

As per DeFiMarketCap, the DeFi space is valued at over $2 billion, with heavyweight projects like Compound along capturing over 50% of the space. CryptoSlate noted yesterday the project’s pools supply billions in assets, while COMP tokens have broked into the top-25 altcoins.

Meanwhile, Huobi Wallet CEO Will Haung said on the development:

“DeFi offers a unique value proposition of providing financial products that are transparent, open, and programmable. We want to accelerate the growth of DeFi, and supporting Chainlink’s critical oracle services are key (…)”

Huobi Wallet is a noncustodial, multi-currency wallet app featuring over 19 currencies and 3 digital tokens. It wholly maintained by the Huobi group.