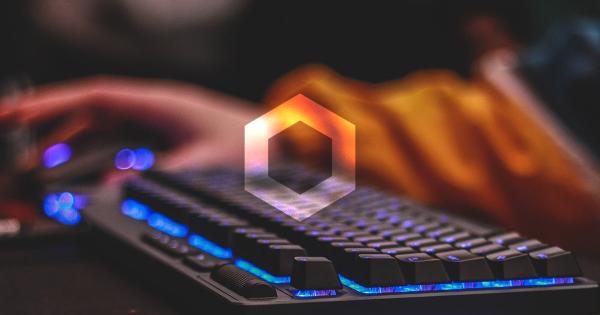 NFT-focused @PolyientGames is integrating #ChainlinkVRF to assure transparency for the minting and random distribution of PGFK rewards—a membership #NFT that provides lifetime rewards & perks to holders within the Polyient Games Ecosystem. https://t.co/6LuiTyvuYV

Chainlink’s VRFs will feature on Polyient’s Founder’s Keys (PGFKs), an upcoming membership NFT that will provide lifetime rewards and perks to holders within the Polyient Games Ecosystem.

VRFs will be used to randomize the distribution of exclusive NFTs and various other rewards for PGFK holders, the release noted.

On choosing Chainlink, Polyient said the project’s “deep industry expertise” made it ideal to as the firm explores capabilities of and works towards bolstering NFTs for mainstream investors and consumers.

Polyient’s faith is not unplaced. Earlier this month, Chainlink was recognized by the World Economic Forum as one of the top-50 tech pioneers in 2020 for the firm’s work in blockchains, smart contracts, and decentralization.

The release explained Chainlink VRFs will power chance-based rewards for users who “stack” on PGFKs, based on the amount of NFTs held in their respective wallets.

For the uninitiated, VRFs are a “truly random” way to determiner rewards, among other uses. As CryptoSlate illustrated last month; imagine a betting service announces the winner of a million-dollar lottery, what proof do ticket holders have about the winner’s connections within the organization?

Or, what if the so-called “winner” is an employee of the company, acting solely as “bait” to entice new buyers of lottery tickets.

VRF’s can help in the above example, as the Chainlink blog explains:

“Well made systems relying on randomness would ideally want it to be both provably fair/equally uncertain to all contract participants, while also successfully reducing the risk that an adversary could exploit their contract by predicting its outcomes.”

Chainlink VRF represents a major advancement in the NFT space, as it enables a provably-fair and on-chain verifiable source of randomness, noted Polyient’s release.

Benefits include proper transparency for the minting and distribution of PGFK rewards, which an eventual goal of building an “open, collaborative ecosystem around NFTs.”

In the coming weeks, Polyient will explore more uses for Chainlink capabilities, all centered around the games it supports and native products.

Meanwhile, Chainlink’s head of Business Development spoke in the regard:

“We’re excited to empower Polyient Games with secure and reliable oracle solutions to further their mission of expanding the blockchain gaming ecosystem into numerous unseen application designs that are augmented by access to off-chain data.”