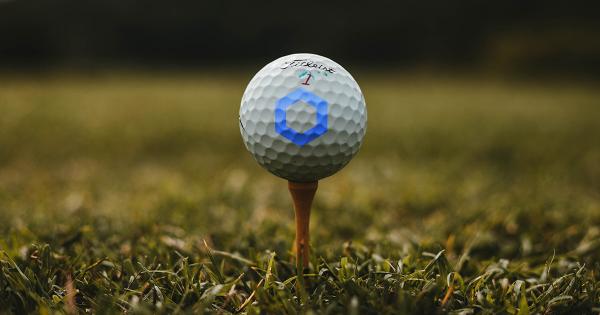 VRF, in simple words, brings true randomness to blockchain-based applications that rely on picking winners or generating random outputs for users. The framework lets developers easily access and interact with “Oracles” on Chainlink, allowing the creation of fair Layer-2 applications.

NFT devs @natealex6677 & @skylerfly from the generative art project ChainFaces are using #Chainlink VRF to power the spin-off game FaceGolf. Chainlink VRF will be used in determining the outcome of golf matches, the random creation of new #NFTs and more https://t.co/OHCh1NYj2o

A blog post noted all golf round statistics will be recorded on on-chain metadata, allowing one to build stats and making the experience comparable to conventional online games. All such stats are immutable, courtesy the underlying blockchain.

ChainFaces founder Nate Hart and developer Skyler Fly said FaceGolf aims to push the boundaries of NFTs. Thus far, the latter’s most famous application was CryptoKitties, with only a few other projects reaching any meaningful usage.

CryptoKitties even overloaded the Ethereum blockchain with its popularity in early-2018, causing severe network congestion and inflated GAS fees.

ChainFaces launched in early 2020, meeting a “hard cap” of 10,000 randomly generated NFT faces under a week. At the time, minted contracts used on-chain randomness to pick five aspects of an ASCII-based text face, with rarer faces sold upwards of one Ether on the secondary market.

ChainFace #4, pictured below, went on to sell for 10 ETH, the blog notes.

All metadata related to ChainFaces is stored on-chain and can be retrieved directly from this contract address. The blog states ChainFaces was among the first such instances to achieve a “fully on-chain status as an NFT.”

“ChainFace owners will now be able to use these NFTs against each other in golf matches whose outcomes will rely, in part, on the collectible’s individual stats. New collectibles with their own unique rarity scheme will emerge in the form of Golf Card NFTs.”

Based on a chosen NFT’s so-called “Golf Score” and a random input from Chainlink’s VRFs, users can compete in ChainFaces golf games. Randomness, in particular, helps with the creation of new NFTs and golfing crates. Details on the latter are expected closed to launch date, the blog said.

Meanwhile, ChainFaces said the project faced issues while implementing the on-chain randomness function in its earlier launch. Hackers, at the time, were able to mint faces using “special techniques that could abuse the contract RNG.” The illicit pieces were later purchased by ChainFaces to protect the integrity of other faces.

After deploying the Chainlink VRF, ChainFaces believes future users will not be subject to any unfair and malicious activity experienced previously.

Decentralized Social (DeSo) seemingly came from nowhere to become a top gainer. However, a dig deeper reveals DeSo is a rebrand of the controversial Bitclout project.