Users of online betting and savings games always have a question — are winners truly picked on random and if they are “real” persons. 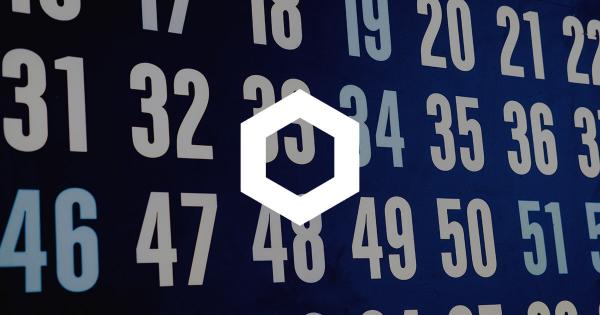 Photo by Drew Beamer on Unsplash

Users of online betting and savings games always have a question — are winners truly picked on random and if they are “real” persons. When pool winnings company PoolTogether was faced with this conundrum, they turned to Chainlink’s protocol for help.

On May 12, Chainlink confirmed the addition of the Verifiable Random Function (VRF) on its protocol. VRF’s introduces “verifiable randomness,” or in very simple words, truly random picks in blockchain-based applications that center around the particular feature. For the technically astute, VRF lets developers easily access and interact with “Oracles” on Chainlink, allowing the creation of fair Layer-2 applications.

Such updates help applications display a verified winner with proof of the pick being random.

PoolTogether, a Maker-supported organization touting itself as a “trustless prize-linked savings account,” is the first user of Chainlink’s VRF update. The firm pools user funds in interest-earning DAI accounts, generating winners periodically and transfers all the earnings to winners.

Happy to share we'll be integrating with @chainlink's new VRF service to improve randomness generation in the PoolTogether Protocol!

The firm’s homepage reports $840,000 locked in DAI accounts, with $320,000 in “sponsored” DAI and the remaining put up by users. Weekly winnings are estimated at $135, which fluctuates with the amount of collateral.

“Random” generation on blockchain applications is a complex problem and remains susceptible to malicious activity. Miners and bad actors can, in theory, predict entropy and create deterministic systems to benefit. Even a block hash can be manipulated in an attempt to extract value, notes Leighton Cusack of PoolTogether.

How does truly random work?

To illustrate, if a betting service announces the winner of a million-dollar lottery, what proof do ticket holders have about the winner’s connections within the organization? Or, what if the so-called “winner” is an employee of the company, acting solely as “bait” to entice new buyers of lottery tickets.

VRF’s can help in the above example. The blog explains:

“Well made systems relying on randomness would ideally want it to be both provably fair/equally uncertain to all contract participants, while also successfully reducing the risk that an adversary could exploit their contract by predicting its outcomes.”

The below graphic visualizes how Chainlink’s VRF works:

It’s important to note VRFs can extend much beyond betting games. Applications like auditing services, security, proposal consensus, and governance benefit from fair outcomes and no exploitation of randomness.

Another gaming application is the creation of “random” scenarios and challenges, making games more exciting and unpredictable for users.

Update on May 12 at 9:24 pm PST: A previous version of this article stated that Chainlink is positioned as an Ethereum alternative. This sentence has been removed to avoid confusion since Chainlink is a blockchain agnostic protocol.