There have been literally thousands of competitors since the birth of Bitcoin, many of which have made great improvements to the scalability and durability that we now see lacking in the number one coin. 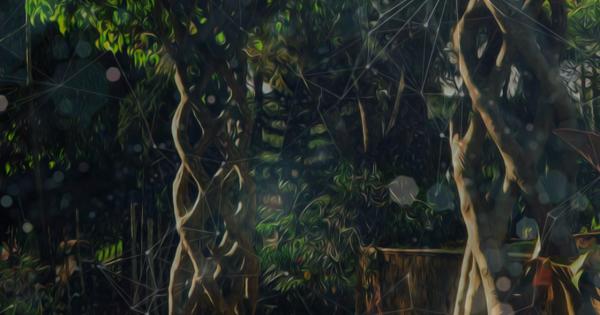 There have been literally thousands of competitors since the birth of Bitcoin, many of which have made great improvements to the scalability and durability that we now see lacking in the number one coin. Because we are still in the early phases of blockchain technology (some say it’s where the Internet was in ’93), there is still room for something beyond Bitcoin to rise. But is there still time for a new distributed ledger technology (DLT)?

After the summer of ICOs and the thousands of companies created off of the blockchain, there are billions of dollars invested. But Leemon Baird, founder of Hashgraph, doesn’t feel stunted by this. He believes that in the fast-paced way the Internet works, Hashgraph stands a big chance of being the first true competitor to blockchain.

Hashgraph is not new- Leemon has been working on the math for five years now. While it seemed impossible at first, he was determined to get fast, scalable consensus with immutable security features. As we have seen with Bitcoin’s recent jump in scale, the blockchain is immutable, but incredibly slow.

Even with faster methods such as Proof of Stake, transaction speeds are still relatively slow. In fact, the scaling problem is arguably the biggest technological barrier we face with blockchain.

Baird saw this coming years ago. Which is why he came up with Hashgraph.

Hashgraph comes to consensus in a much different way. This replicated state machine uses a true asynchronous Byzantine fault tolerance (meaning that a consensus must be made) and communicates transactions through a process in the computer science world known as gossip. The phrase used in the white paper is actually “gossip about gossip.” The Hashgraph is the reflection of the gossip being made by the transactions.

If you think about the blockchain being a chain of blocks, one after the other in chronological order, Hashgraph can be seen as multiple avenues that are webbed together by gossip. “Gossip” is when one computer makes a transaction, then randomly tells two other computers.

Those two computers will tell four other computers, and it exponentially increases until all computers on the network know about a transaction. The messages, or hashes, that are sent by the “gossip” can be compressed to only 1 or 2 bytes big.

Sounds like it would be a lot of memory to add a completely new history each time, but Baird has found a way to compress down to as little as 1 or 2 bytes per message.

“The only reason you could do it is because you have this “Hashgraph” that shows you exactly how everybody talked to each other, and you get that almost for free by adding just two really compressed hashes to each message. If I’m a computer on the network, I know everyone you’ve talked to, when you learn things, when those people learn things, and when those people learn things. If you’re another computer on the network and you were to vote, I bet I could predict what your vote would be. So, I’m just going to pretend that you sent me that vote – you don’t even have to bother sending it to me.”

And that’s another interesting point about blockchain:  Nothing is truly Byzantine fault tolerant. When you go to check on a transaction on the blockchain, there is never a moment when a transaction has come to 100% consensus. We just come to agree that it is true after about 6 confirmations. Hashgraph would guarantee confirmation after the first message.

While the numbers aren’t out yet in terms of transactions per second, it is said by the Hashgraph community to be much larger than anything we’ve seen. From reading the whitepaper, I would imagine it’s comparable to Visa.

Because Hashgraph is a totally different concept from the blockchain, it will not use any proofs like PoW or PoS.  Since all nodes contribute, there isn’t much need to incentivize through fees. This will also make Hashgraph viable for micropayments, as the fees will be minimal.

While Baird believes that there will be room for both, he insists we must “let the market answer” any questions regarding success. The company has already made a deal with CULedger, which will create a ledger for the entirety of credit unions in the US.

One of the biggest buzzes about Hashgraph in the community is the fact that it is patented. This means that Leemon Baird decides who can build on it and who can’t. But this only seems to be the case for now while he uses this to build on commerical networks such as CULedger. Taken from the FAQ on Hashgraph:

“Hashgraph is currently only available on a private network so its patents allow for market advantage in enterprise / commercial applications. This is not designed to stifle creativity or expansion of the emerging ecosystem. We are taking all feedback from the community, especially regarding a public ledger/open source interest, and look to address this issue in the near future.”

Hashgraph is currently working on a cryptocurrency that will be built on the Hashgraph public ledger in the near future.