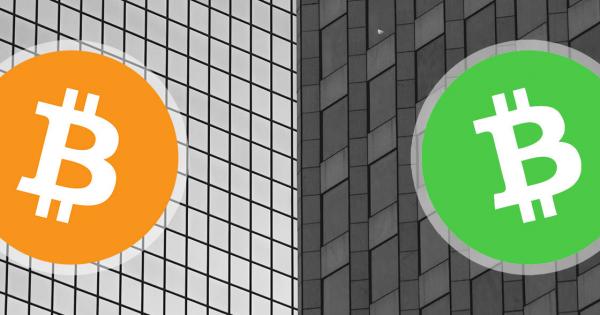 Despite an initial difference in mining speed between the two Bitcoin forks, an increase in BTC’s hashpower has been steadily narrowing Bitcoin’s supply lead. If Bitcoin continues to outpace Bitcoin Cash, the two could halve at around the same time.

Ever since it forked back in 2017, Bitcoin Cash has been struggling with maintaining a ten-minute block generation time it inherited from Bitcoin. The goal of the fork as always been to maintain the same level of difficulty and speed as the original Bitcoin has, and BCH developers have implemented several different algorithms in order to achieve that.

Introducing EDA, however, caused significant problems with Bitcoin Cash mining, which caused it to become hundreds of thousands of blocks ahead of Bitcoin. The difference in block numbers remained even after EDA was canceled and a change in DAA was implemented. The overall increase in block numbers, mining speed, and hashpower meant that Bitcoin Cash was scheduled to halve more than a month before Bitcoin.

Nic Carter, the co-founder of Coinmetrics.io and partner at Castle Island Ventures, recently pointed out these problems in a series of tweets on July 14. Carter said that Bitcoin mining has been lagging behind Bitcoin Cash, which was more than 123,000 coins ahead of Bitcoin in November 2017.

Fun fact: when BCH forked, mining was "too slow", then "too fast", and since the EDA, mining has lagged Bitcoin. So BCH was 123k coins ahead of BTC, but new BTC hashpower has narrowed the lead to 73khttps://t.co/S5K8Ogpjzw pic.twitter.com/aUlH0zcJ5c

But, an increase in Bitcoin’s hashpower has managed to narrow down that difference to just over 73,000 coins this month. Carter pointed out that the difference in the number of coins in each network can also be expressed as “days ahead” in the issuance schedule. The difference between the halving of Bitcoin Cash and Bitcoin has been steadily decreasing since 2017, with Bitcoin Cash now being just 41 days ahead.

This can also be expressed as "days ahead" in the issuance schedule. BCH is currently scheduled to halve 41 days before BTC. https://t.co/eiPPIxV7mi pic.twitter.com/SSyN57HP24

Carter said that if Bitcoin continues to narrow down its supply lead by 239 BTC per day, it will keep outpacing difficulty, both Bitcoin and Bitcoin Cash halvings could happen at the same time.

To sum up, BTC is narrowing the supply lead by 239 BTC/day, so if BTC keeps outpacing difficulty (see chart), the halvings actually should happen around the same time pic.twitter.com/Hq2DPq4zye

And while this could only happen if Bitcoin keeps seeing its hashrate grow at the same pace it did since 2017, even a minor decrease in BCH’s “days ahead” would show just how much the Bitcoin network has organically grown.

With less than 313 days to go until the next Bitcoin halving, traders and investors are expecting a “supply shock” as the network’s supply of coins reduces in half.

Bitcoin’s upcoming 2020 halving, which would halve block rewards from BTC mining, could allegedly be the event that pushes the coin to new highs.