Numbers show that gaming activity makes up for 52% of all unique active wallets (UAW), with Splinterlands being the most popular game. 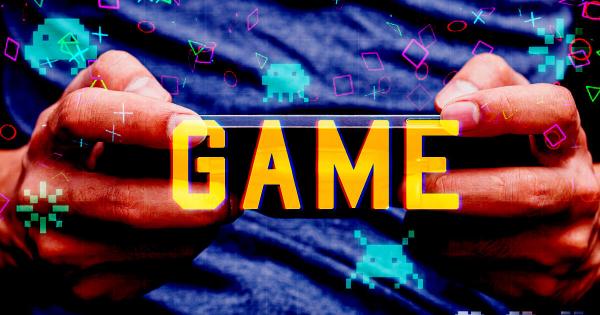 DappRadar’s most recent report reveals that gaming continues its growth during the coldest winter. Gaming activity compensates for 52% of all unique active wallets (UAW), with nearly 1.1 million wallet addresses in the second quarter of 2022.

While the NFT organic sales experienced a 29% decrease during the same period, gaming NFTs saw a 19% increase in sales numbers year-over-year.

According to the numbers, gaming increased its share of blockchain activities by 3% since the first quarter of 2022. As of the second quarter, 52% of all UAWs, which makes nearly 1.1 million wallets, belong to gaming activities.

Regardless, the bear market showed its effects on gaming activities as well by increasing its share of the total UAW. However, compared to NFTs, DeFi, or gaming from a previous year, this decrease seems like a win.

“The gaming fraction of the total UAW activity has dipped by 7% since the last quarter. This is only a minor setback compared to Defi’s 17% reduction and 24% for NFTs.

On a broader time scale, when compared to Q2 of 2021, blockchain gaming activity has increased by 232%, leaving other categories in the dust.”

The surge of the gaming activities also carried Wax higher as the most prominent gaming blockchain in the second quarter.

Wax has been coming strong since the first quarter of 2021. In the second quarter of 2022, Was captured a 14% increase in UAWs, reaching an average of 393,933, making it the most popular gaming blockchain.

Hive follows Wax as the second most prominent gaming blockchain with 283,934 UAWs. It has been a close race between Hive and Wax since the fourth quarter of 2021. However, Hive experienced a decrease in active UAWs by 16%, giving first place to Wax.

The numbers also revealed that Splinterlands is the most played game of the second quarter of 2022, with more than 283,000 UAWs on average. However, it is deemed to drop the first place in the next quarter because the Splinterlands team announced rewards rework, which sharply decreased the number of active UAWs.

When the team announced the rework in May, the game had almost 400,000 UAWs. At the end of June, that number had already fallen virtually to 100,000.

At around the same time, Axie Infinity surged in UAW numbers. Its UAW numbers have been going downhill since January. The fall is mainly due to the Ronin Bridge attack. The Axie team has been trying to turn things around and convince the crowd that the protocol is still worthy.

The team’s efforts seem like its working, as the UAW count of Axie has been surging after hitting below 20K in late May. In one month, Axie UAW count has seen a 247% increase and reached 40K.

WAX is a decentralized platform that enables anyone to operate a fully functioning virtual marketplace with zero investment in security, infrastructure, or payment processing. Learn More

Hive is a Graphene based, social blockchain that was created as a fork of Steem and born on the core idea of decentralization.. Learn More