Bitcoin and Ethereum will trade below their ATH in their previous cycle for the first time since their creation. 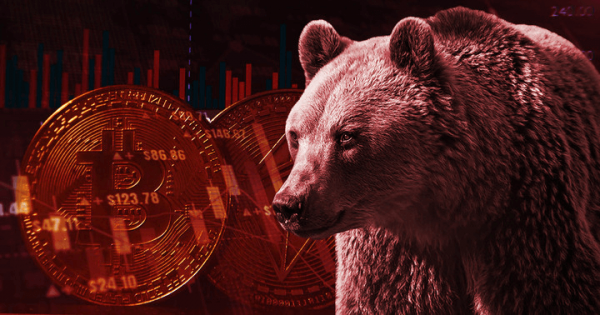 Blockchain analytics company Glassnode’s latest report reveals the 2022 bear market as the worst in history and many investors have sold their Bitcoin (BTC) holdings at a discount.

According to the report, Bitcoin’s dip below the 200-day moving average, net realized losses, and negative deviation from realized price make this the worst bear market in the history of the cryptocurrency.

The 2022 bear market has been brutal for #Bitcoin and #Ethereum investors, realizing massive capital losses.

In our latest research, we quantify the severity of this bear, and makes a case for it being the most significant in history.

It continued that this is the first time on record that BTC and Ethereum (ETH) will trade below their ATH in their previous cycle, which means significant unrealized losses in the market. Every investor who bought BTC or ETH between 2021 and 2022 is now underwater.

While many are still holding on, the financial pressures of limited liquidity and rising inflation is pushing several investors to sell at a loss.

Per the report, the first sign of a bear market is the decline in Bitcoin price below its 200-day moving average and, worse, 200-week MA. Bitcoin is trading at less than half of the 200-day MA level at the current price.

The report also pointed out that this is the first time since 2015 that the Bitcoin price will fall below 0.5 Mayer Multiple (MM). The MM for this cycle is currently 0.487, much lower than the last cycle, which was 0.511.

The Mayer Multiple shows oversold or overbought conditions by considering the changes in the price above and below the 200-day MA. “Only 84 out of 4160 trading days (2%) have recorded a closing MM value below 0.5,” the report said.

Additionally, the current market conditions are pretty severe, reflecting the spot price dropping below the realized price. Instances like this are sporadic, and this is only the fifth time it has happened since Bitcoin launched in 2009.

According to Glassnode, only 13.9% of all Bitcoin trading days have seen spot prices below unrealized prices. It further added that the investors locked in a loss of $4.234 billion on the day Bitcoin dropped below $20k.

Ethereum isn’t doing better either. Similar to Bitcoin, those who bought Ethereum in 2021 and early this year have unrealized losses. Most of the decline in Ethereum price is due to DeFi deleveraging and its dominance decline since November 2021.

Based on all of the available data, Glassnode concluded that this current market capitulation event:

Is one of, if not the most significant in history, both in its severity, depth, and magnitude of capital outflow and losses realized by investors.

Polygon (MATIC) price soared 233% in one month, what brought it out of the bear market?