Facebook is looking for VC firms to invest in its cryptocurrency project for sums as large as $1 billion, according to NY Times reporter Nathaniel Popper. 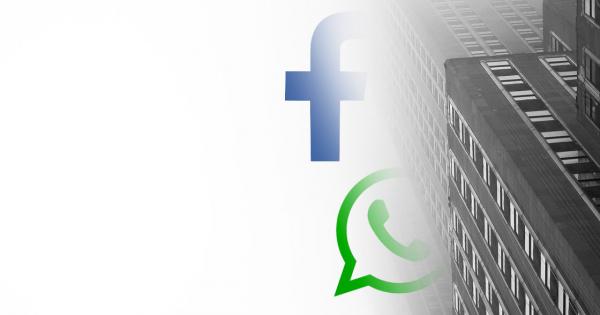 Facebook is looking for VC firms to invest in its cryptocurrency project for sums as large as $1 billion, according to NY Times reporter Nathaniel Popper. The company is allegedly designing its crypto as a stablecoin for WhatsApp using a basket of foreign currencies as collateral.

Since 2018 Facebook has been covertly working on a cryptocurrency project and building a blockchain division within the company. The company has been tight-lipped about the purpose and progress of the coin, but Facebook has so far hired at least 30 people to the division with David Marcus—former head of Messenger, and the previous president of PayPal—leading the division as “Director of Engineering, Blockchain.”

On Apr. 8, Nathaniel Popper posted a series of tweets with new information gathered from “sources” on Facebook’s blockchain project.

Update on Facebook's cryptocurrency: Sources tell me that Facebook is now looking to get VC firms to invest in the Facebook cryptocurrency project we reported on earlier this year. I hear they are targeting big sums — as much as $1b.

However, based on Facebook’s financial statements, the company has $10 billion in cash and cash equivalents alone—the corporation is flushed with cash. Popper speculates that because one of the blockchain’s appealing properties is decentralization, then acquiring outside investors could help “present the project as more decentralized and less controlled by Facebook.”

Allegedly, one source revealed to Popper that the company is raising the funds to collateralize a stablecoin.

However, unlike most other stablecoins, Facebook’s coin would purportedly be backed by a basket of foreign currencies—making it even more resilient to volatility, even against currency exchange rates. Such a stablecoin could seriously disrupt the need for industries like Forex.

One person I spoke with said that Facebook is talking about using the money as collateral for its cryptocurrency. Facebook has been designing the coin to keep a stable value, pegged to a basket of foreign currencies held in bank accounts.

Popper concluded the thread by saying,

“It’s interesting to think one of the richest companies on earth [is] raising money.”

Numbers on the Tech Giant

The last time Facebook raised funding was through a venture round on Mar. 10, 2012, for an undisclosed amount. The last public amount that Facebook raised was on Jan. 21, 2011 for $1.5 billion from firms including Goldman Sachs Investment Partners and DST Global, according to CrunchBase.

Furthermore, saying that Facebook is one of the richest companies on earth is not an overstatement. The company generated $56 billion in revenue in 2018 alone, with a net income of $22 billion. These figures represent more cash than the market capitalization of every single cryptocurrency except Bitcoin.

Worldwide, Facebook reaches a massive 2.3 billion monthly active users. The company has the resources and the users to push crypto adoption to levels not witnessed before. Those watching should be both concerned and excited about Facebook’s entrance into the blockchain scene.