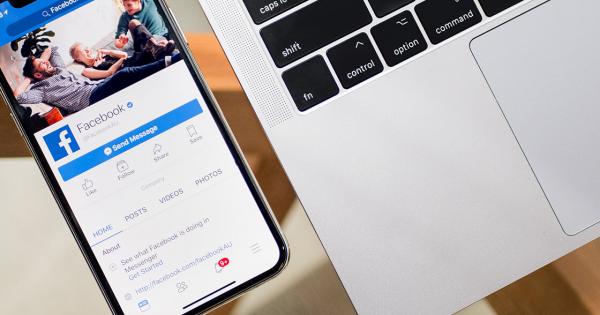 Facebook is filling positions for four different blockchain engineering roles. The announcement comes after David Marcus—former head of Messenger, and the previous president of PayPal—was selected to become ‘Director of Engineering, Blockchain.’

Facebook is continuing its plan of “studying the positive and negative aspects” of blockchain technology. As described by David Marcus in an interview with CNBC:

“…setting up a small group to explore how to best leverage blockchain across Facebook, starting from scratch.”

After appointing David Marcus as the lead for the initiative, the company has recently listed four new blockchain engineering positions to fill out the team: 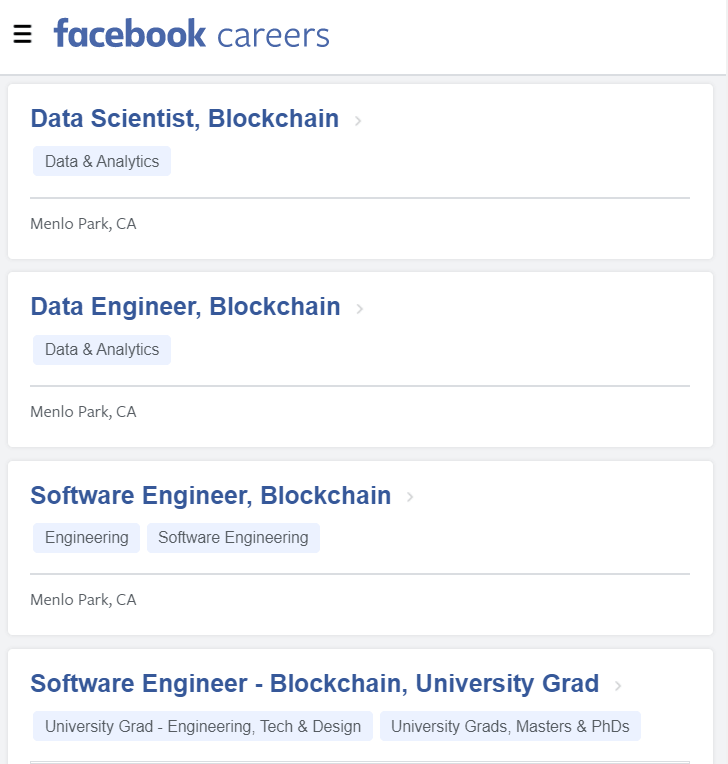 The entrance by the company shouldn’t come as a surprise. Mark Zuckerberg had alluded to the exploration of blockchain and cryptocurrency since January of this year during his ‘personal challenge’ address, touching on topics of decentralization and privacy, and highlighting the role of “cryptography and cryptocurrency” in that role:

Every year I take on a personal challenge to learn something new. I've visited every US state, run 365 miles, built an…

“…one of the most interesting questions in technology right now is about centralization versus decentralization. A lot of us got into technology because we believe it can be a decentralizing force that puts more power in people’s hands.”

An interesting take, considering that Facebook is an enormous silo of centralized information with market dominance over the social media industry. He then goes on to talk about how centralization, surveillance, and control has taken this power away from people:

Another loaded comment. Facebook has been battling over the intersection of data privacy and monetization for years. Finally, Zuckerberg highlights how certain technologies, such as encryption and cryptocurrency, can take that power back from centralized systems:

“There are important counter-trends to this—like encryption and cryptocurrency—that take power from centralized systems and put it back into people’s hands.”

These statements allude to Facebook’s consideration of blockchain and cryptocurrency since the beginning of this year, at least from the CEO’s perspective. It’s uncertain how long the company has been “…studying the positive and negative aspects of these technologies.”

It seems Facebook is taking the new proposition seriously. In July, TechCrunch reported that David Marcus was leading the charge. Now, the company is putting the rest of its high-caliber team together to explore potential use cases.

One thing tempering that sentiment is Facebook’s recent data scandals. Facebook has attempted to both respect data privacy and sovereignty, while also trying to maintain a profitable bottom line. Putting “power back in the hands of the people” sounds good on paper, but would mean that Facebook may have to sacrifice control and profitability.

And, even in the midst of the crypto market downturn, Facebook appears to be willing to make investments into developing blockchain tech. As a company, Facebook’s bankroll could lead to innovation in the segment, exemplified by Facebook’s purchase of Oculus for a minuscule $2 billion.

Facebook is not the only Fortune 500 tech company looking to stake a claim in blockchain development. Amazon and Microsoft have both developed blockchain products in Q1 and Q2 of 2018. Perhaps these established tech giants can smooth out the useability issues and bring blockchain to the masses. Or, maybe a nimbler contender like Coinbase will pave the way.