Facebook’s crypto initiative – dubbed Libra – captured the attention of the world last year, with a plethora of prominent companies signing on to be part of the “Libra Association.” The massive launch of this initiative unsurprisingly drew the ire of government officials, including the United States President and top Congressional leaders, who all noted that […] 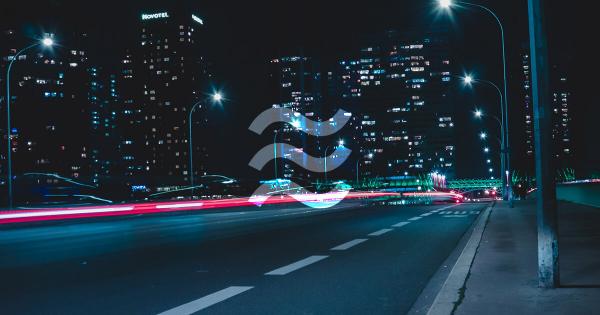 Facebook’s crypto initiative – dubbed Libra – captured the attention of the world last year, with a plethora of prominent companies signing on to be part of the “Libra Association.”

The massive launch of this initiative unsurprisingly drew the ire of government officials, including the U.S. President and top Congressional leaders, who all noted that the somewhat decentralized nature of the Libra currency could allow users to fully subvert the traditional banking system.

In spite of this, the initiative also has its fans, and one top venture capitalist recently noted that he is “super long” on the Libra crypto from a conceptual standpoint, which comes close on the heels of a major partner being added to the Libra Association.

In a recent tweet from Shopify CEO Tobi Lutke, he explained that the company is always looking for ways to improve e-commerce globally, and that as such, they have decided to join the Libra Association.

“Shopify spends a lot of time thinking about how to make commerce better in parts of the world where money and banking could be far better. That’s why we decided to become a member of the Libra Association.”

This news comes close on the heels of reports regarding a mass exodus of companies away from the crypto-related association after US lawmakers began questioning the motives of individual members. Some notable defectors include Visa, MasterCard, Stripe, PayPal, eBay, and others.

Shopify’s addition to the association certain seems to suggest that the project is still alive and well from an adoption standpoint, and also signals that the government’s scrutiny of the crypto project and its supporting members isn’t enough to halt its growth.

Garry Tan, co-founder and managing partner at Initialized Capital, spoke about the news regarding Shopify joining the Libra association, explaining that he is “super long” on Libra, and that it will help advance crypto’s “real use cases.”

“I am super long Libra. Billions of installed users will push crypto’s real use cases massively.” 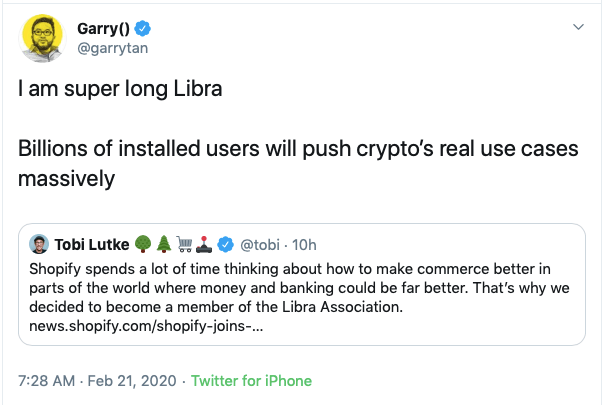 He further explains that he is long on the idea of Libra – as one cannot literally be long on a stable coin – and that it will be an “effective onboard” for new users into the crypto ecosystem.